Duets are double the musical fun 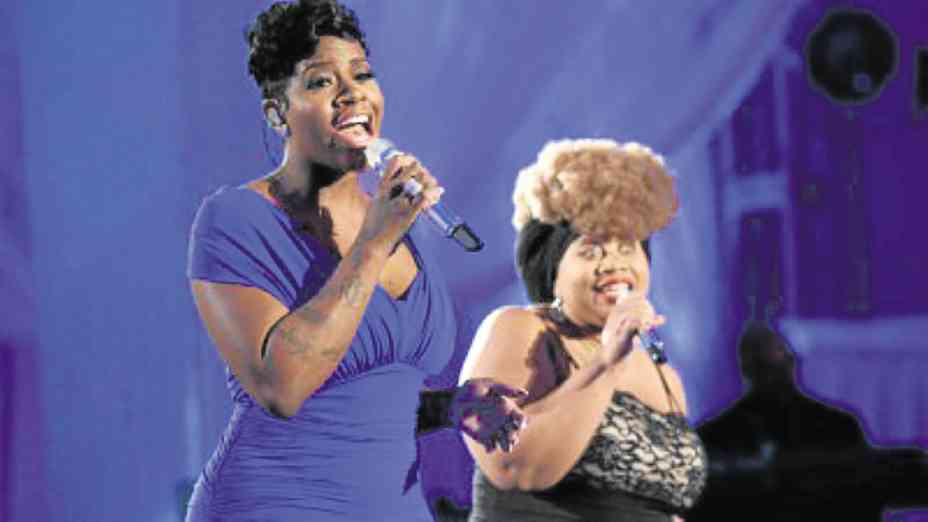 After our positive writeup on “Eat Bulaga’s” “Just Duet” singing tilt last week, we were able to watch another musical feature on TV that added to our realization that duets are double the musical fun: The follow-up feature was on “American Idol,” which has gone into finals mode, and is subjecting its best picks to increasingly more stringent tests.

Last week, the daunting challenge was for each of them to sing a duet with an established singing star—a test that really separates the raw and insecure tyro from the potential pro—and winner!

The number that made our viewing day and week was the duet of “Summertime” performed by past “AI” standout Fantasia Barrino and 2016 finalist La Porsha Renae.

Fantasia is now a big recording and musical theater star in her own right, but La Porsha was able to hold her own in the memorable number, which thrilled viewers and the tilt’s jurors alike.

Judge Keith Urban said it best when he exulted that the rare musical treat was like listening to “an unstoppable force meeting an immovable object,” to put a new spin on the old song lyric.

Due in part to the show-stopping duet, La Porsha easily made it to the tilt’s top six, and some observers feel she could end up copping the top prize.

She may not score high in the looks department, but she can sure sing up a storm and tsunami, combined!

Quite by chance, we caught Neil Patrick Harris’ new show, “Best Time Ever,” on the Fox channel last Wednesday. Our initial impression is that Harris is not that great a choice to host a game-variety show, because he tends to be too laconic and laid-back.

After some more minutes, however, the show grew on us, because its playful features were quite unique—and due to some particularly complicated and state-of-the-art formats and technical effects.

The most complicated game involved Harris competing with a guest celebrity in a challenge involving laser beams that they had to   avoid in their race to the finish line. If they hit a laser beam, they got a painful jolt, so they didn’t exactly “enjoy” the experience!

Another “different” test involved three contestants in their separate living rooms serially joining guest singer Gloria Estefan in her karaoke rendition of one of her hits. If a contestant correctly filled in a blank in the lyrics, the contender won a cool thousand greenbacks!

Also quite droll was a “punking” feature that involved a celebrity being tricked by her best friends, who pretended to be spa attendants who “mashed” her seminude body with no compunction at all.

Up until the actual telecast, the celebrity didn’t even realize that she had been punked, until the videotape replay offered proof positive of her giggling friends’ “disrespect” for her—so, a sassily “sadistic” time was had by all.

Thus, even if Harris couldn’t “carry” the show, its innovative and technological flourishes made viewers’ day.

Aside from Harris, the show featured segment cohosts like Shaquille O’Neal and Nicole Scherzinger. She kept her segment lively enough, but ex-sports star Shaquille turned out to be a disappointment, because he was sluggish and messed up his cues and timing.

Read Next
Heroes all around us
EDITORS' PICK
vivo brings to the Philippines a powerful smartphone with a slimmer body, the vivo Y02s for only PHP 6,499
Apple warns of flaw that lets hackers into iPhones, Macs
46% of schools nationwide to have full face-to-face classes on Aug. 22
House energy committee chair Arroyo bats for cheap electricity
What to watch out for when selecting a video surveillance solution
Heads may roll at BOC, says Palace if sugar smugglers are allowed to use recycled import permits
MOST READ
DepEd to give teachers P5K cash allowance within first week of classes
LOOK: Miel Pangilinan dazzles in glittery pre-debut shoot
DOJ indicts bank officer in $2.1 billion Wirecard fiasco
PH importing sugar after all: Marcos okays 150,000 MT
Don't miss out on the latest news and information.