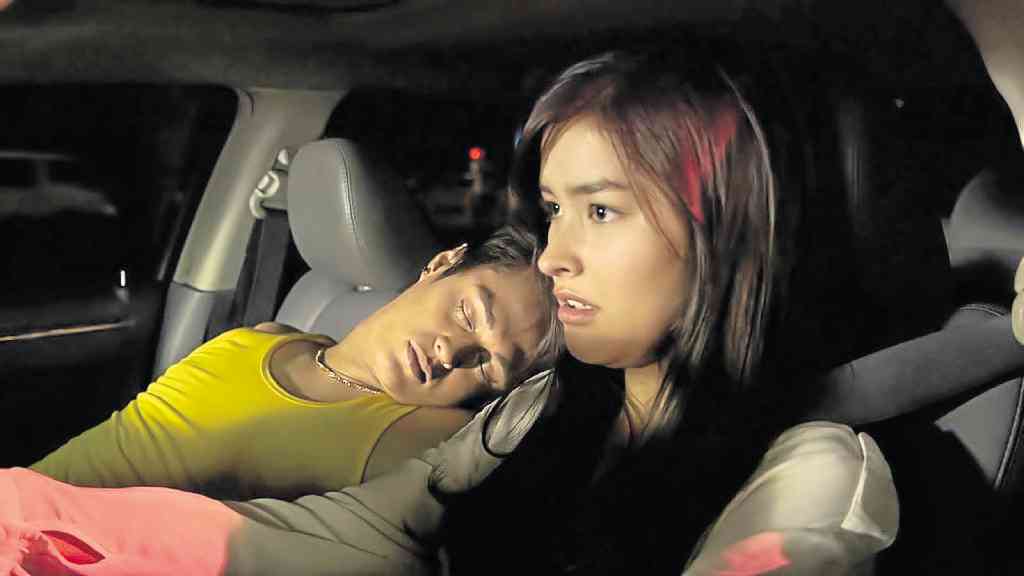 The first telecast of “Dolce Amore” last Feb. 15 was impressive due to its uncommon ambition, scope and brisk pacing.

It began by harking back to a fictive war in the 1990s in a land called Askovia, with terrified refugees including characters played by Sunshine Cruz and Andrew E., who had two little daughters.

It wasn’t made clear why they were there, but there was no time for further questions, because an explosion killed and/or separated most of them, with only their little baby certifiably surviving the tragedy.

She was quickly adopted by a wealthy and titled Italian (Ruben Maria Soriquez), who took her home to his barren wife (Cherie Gil). She didn’t like the foundling one bit, because she reminded her of her inability to give her husband a child—so, the scene was swiftly set for a “bad stepmother” scenario that would make the child unhappy for the rest of her childhood years.

Obviously, the little girl, Serena, would grow up to be the series’ teen protagonist, played by Liza Soberano.

In the new series’ first telecast, however, the focus was on Serena as an unhappy, yearning child brought up by kind Pinay yayas—and a loving father (who also spoke Filipino, because he was similarly reared by other overseas Filipino workers, or OFWs, when he was a kid).

Much of the series’ initial emphasis was on Serena, but the first telecast efficiently found time to sketch in the backstory of its male lead, Simon, portrayed in young-adulthood by Enrique Gil.

We see him growing up in an orphanage, and surmise that he will end up being adopted by a poor but loving couple played by Rio Locsin and Edgar Mortiz.

Unexpected crises will force the boy to become a resourceful and hardworking jack of all trades. Serena and Simon could become pen pals—and the time will come when their paths will finally, “fatedly” cross in Europe, where (we’re going by the show’s trailer now) he will be forced by circumstances to be a “boytoy for hire,” if you get our drift—and he will (mistakenly) think that she’s (gasp!) hiring him!

For now, however, the show’s debut telecast has given us a good first impression, because it covered a lot of territory, employed different staging styles, included quite a number of “big” scenes, etc.

We trust that the series will keep working creatively and hard in the weeks and months to come, unlike other shows that make a great impression for one week, only to quickly lose steam and end up as a lethargic lump of lazy storytelling.

On the buena mano telecast of “Dolce Amore,” the early standouts were Ruben Maria Soriquez and Cherie Gil as Serena’s adoptive parents, the child actors who portrayed Serena and Simon, and Sunshine Cruz as Serena’s real mother. She “died” early on—before the first telecast ended (yes, the show’s first salvo was that eventful)!

Ruben and Cherie did so well that we hope the series doesn’t have a death scene in store for either of their characters.

As for Liza and Enrique, they’ll have to do really well in this show to rise up to the level of the exceptional thespic company they’re keeping.