A seaman’s life for Archie Alemania in ‘Deadweight’ | Inquirer Entertainment

A seaman’s life for Archie Alemania in ‘Deadweight’ 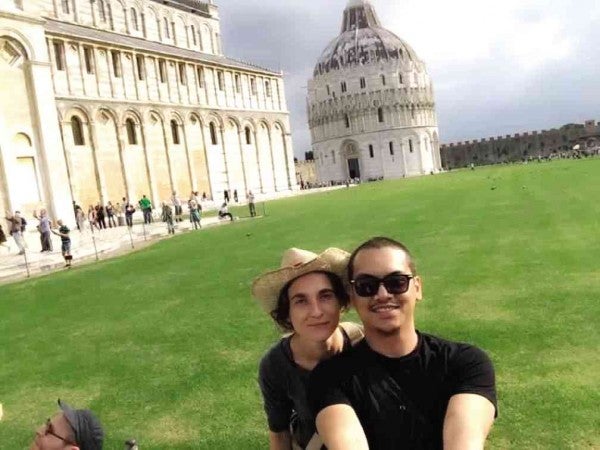 WITH Ema Vetean in Pisa, Italy

Actor Archie Alemania experienced the lonely life of a seaman for two months while making the German-Finnish film, Axel Koenzen’s “Deadweight,” an entry in the Forum section of the Berlinale in Germany that ends Sunday.

The film was shot on a container ship two years ago, Alemania told the Inquirer. “We boarded in New York, and the ship traveled to the Mediterranean,” he recounted. “It was an actual working ship, with real workers on board. All throughout the trip, we were filming.”

Koenzen got to watch Alemania in Lav Diaz’s “Norte, Hangganan ng Kasaysayan,” when it was shown in Berlin. “He decided to visit Manila and held auditions here,” the Filipino actor recalled.

Alemania was one of the Filipino actors who read for the plum part of a sailor who leads a strike.

“Around 30 actors, including Cesar Montano, Nonie Buencamino, Alex Medina and Junjun Quintana tried out for the film.”

Alemania eventually won the part. “I was the only professional Filipino actor in the film. The other Filipinos were real seamen.”

It was total immersion for Alemania, who got to work with, and learn from, Filipino seafarers who auditioned for the movie, as well.

“For one week, I immersed myself in their world. I painted and cleaned the ship,” he related. “I ate in the same mess hall as the other Filipinos. After the shoot, I would also hang out in the videoke room with them.”

They would sometimes get a chance to tour the different countries where the ship was docked. “I got to visit Malta, Spain and Italy. But we were not allowed to get off the ship if our stay in the port was only for a few hours.” 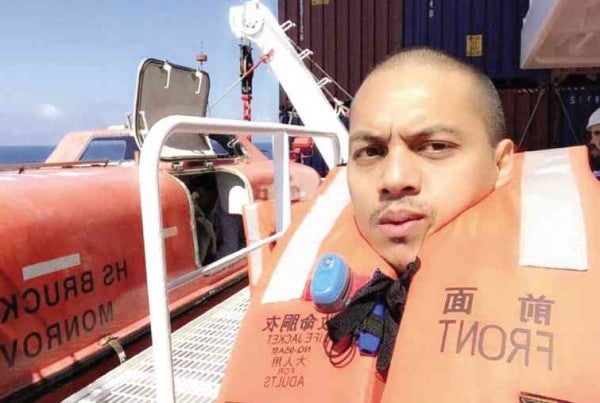 “They are among the top actors in Europe,” Alemania pointed out. “Tommi won best actor twice, while Ema is an acclaimed stage actress. Another costar, French actress Jeanne Balibar, is considered the Nora Aunor of her country.”

Apart from sight-seeing, other forms of entertainment included dolphin- and whale-watching, but even nature-tripping could get pretty old after a while.

Often, he found himself tearing up—especially at night. “When we were shooting, I’d be happy and excited, but at night, I would get homesick and miss my family,” he admitted. “When I looked out of my room’s window, all I’d see was total darkness. I’d drink beer so I could sleep.”

He came to understand how difficult the life of an OFW (overseas Filipino worker) was.

“It’s important for the world to see this film so people, especially the Filipinos back home, would realize the hardships our countrymen would go through just to earn $700 a month for their families,” he explained. “We think OFWs have it easy—they get to travel and earn big.”

He saw with his own eyes the desolation, the despair, the discrimination. “Filipinos aren’t allowed in certain areas frequented by the white men on the ship,” he explained. “Every day, Filipinos must look at death in the eye. Their work can be dangerous. If not from an accident, they can die from depression.”

That is why Alemania is heartened that the story of OFWs is told in an A-list fest like Berlinale.

Unfortunately, he was not able to attend the fest because of prior work commitments here. “But a former classmate (from the University of Santo Tomas), who now works at the Philippine Embassy in Germany, was invited to the film’s premiere,” he said.

Alemania’s friend relayed that the screening was “jam-packed.” It also earned a detailed review from the Hollywood Reporter’s Neil Young who called it “enigmatically elliptical… uncompromising, finely etched.”

“Our director Axel promised to send me a link, so I could watch the film online after Berlin,” Alemania said.