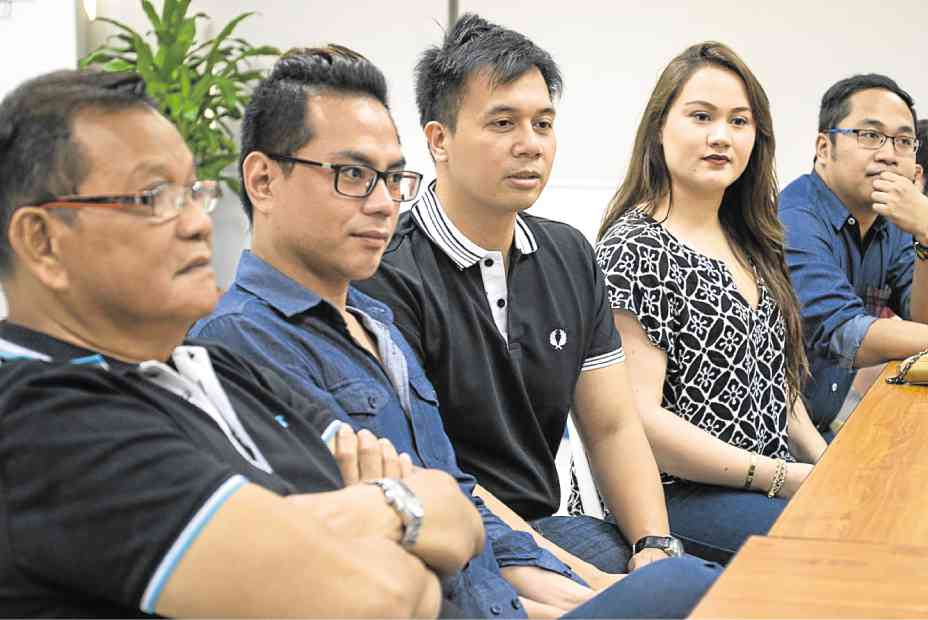 On its third year, the Singkuwento International Film Festival has gathered a lineup of documentaries and short and full-length feature films, not just from the regions, but also  from other countries—and not just by professionals but by students, as well.

The Singkuwento team, led by festival director Perry Escaño, visited the Inquirer recently, to discuss the diverse films in this year’s program.

The fest, which opened on Feb. 17 and ends Feb. 27, is being held at the National Commission for Culture and the Arts building in Intramuros, Manila. It will then move to the UP Film Center in UP Diliman, Quezon City, where it will be held on March 2, 4, 7 and 8.

How many films and filmmakers are part of Singkuwento this year?

Perry Escaño (PE): We will screen over 60 films—roughly 50 by Filipinos, and some by foreigners.

How did you choose the international films?

PE: We only started the competition for local films last year. We wanted to widen the scope, so we included foreign films (from Germany, United Kingdom and Taiwan, among others). We want to promote unity among filmmakers, not only locally, but internationally, too.

We also want to show the differences and similarities of Filipino and foreign filmmakers.

This year, we’re holding seven world premieres… Choosing the foreign films was tough. We started gathering material as early as last October. We reviewed each entry. We were serious about the selection process.

How did you choose the shorts and the docus by the students?

PE: There are lots of talented newcomers from the University of the Philippines and De La Salle-College of Saint Benilde. There are entries from as near as Parañaque to as far as Tarlac, Cebu, Davao and Batangas. We are really pushing for regional cinema.

We hope that the regional films will be able to attract potential distributors and producers during the fest. For example, Direk Paolo is from Batangas.

This fest is the place for regional filmmakers like him to touch base with their audience and promote their films. We’re also showcasing the works of veterans like Direk Joel and newcomers like Direk DA this year.

What are the other events in the fest?

PE: We will also hold free seminars, to be given by directors Jay Altarejos and Robert Reyes Ang.

What are your goals in making your film?

Joel Lamangan (JL): “Sekyu” is about the harsh life of an ordinary man, a security guard… a father who’s trying to teach his child to be honest, even though he himself is not truthful.

DA Palagtiw: “Pisara” tells the story of a Sped (Special Education) teacher. Her life is like a blackboard. She has many dreams in life, but they can be easily erased—like the writings on a blackboard. We want to encourage the audience to remain strong in pursuing their dreams—to not give up.

This film is also my way of thanking my parents. I want to show how difficult it is to raise a child, whether with special needs or not.

Paolo Edrinal Tesico: “Ligaw” is about a woman who lost her faith after experiencing harrowing abuse from relatives.

We are grateful that we were given the chance to screen our film in this fest. We previously had a hard time penetrating the local scene. This fest is a big blessing for us.

Direk Joel and Melissa, how do you shuttle between indie and mainstream filmmaking?

In mainstream, you aren’t allowed to say the things you want to express. It’s the producer’s voice that is often heard.

In indie filmmaking, the director can say what he wants to say… I can choose the topics I want to tackle. It’s not that I prefer the indies. There’s no money in indie films! But I do mainstream films and TV shows to subsidize my indie filmmaking.

Melissa Ricks: This is my first indie film. In this movie, I learned to explore my emotions. In indies, actors are free to do their own thing… I look forward to doing more indie films. Direk Paolo gave me the chance to try something serious and heavy. Hopefully, it will lead to more opportunities.