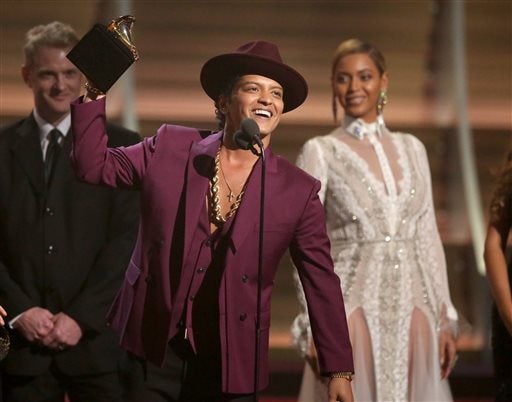 Bruno Mars accept the award for record of the year for Uptown Funk at the 58th annual Grammy Awards on Monday, Feb. 15, 2016, in Los Angeles. AP/INVISION PHOTO

LOS ANGELES, United States—The following is a list of the winners in a selection of top categories at the 58th Grammy Awards, which were presented in Los Angeles on Monday:

Song of the Year (for songwriting): Ed Sheeran, “Thinking Out Loud”