Vilma’s ‘best of the best’ portrayals 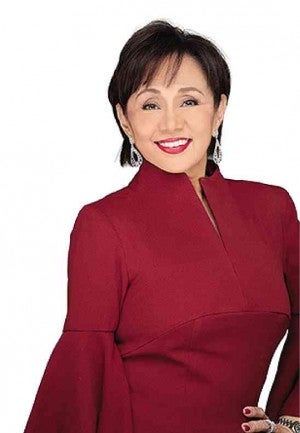 VILMA Santos’ outstanding performance in her latest starrer, “Everything About Her,” has prompted some of her fans to ask us to take the longer view and appreciate it in the context of the thespic icon’s other standout portrayals in the course of her exceptionally extended and “awarded” career. Happy to oblige:

A most impressive and significant thespic output, right? Vilma’s film bio proves that her being hailed as “The Star for All Seasons” is no hollow claim or boast!

Now comes the hard part: How do you whittle all those thespic achievements down to Vilma’s best 10 films? Compare, compare, take a deep breath, cut down to  20. Then compare again, and cut down to (in no particular order):

That’s the heartening thing about “our” Vilma: She may be busy with her similarly stellar political career, but she still makes it a point to shoot a new film every two years or so—and some of her more recent starrers have made it to her “best of the best” list.

This should motivate other “maturing” or fully mature actors to similarly keep gifting us with new and increasingly more challenging screen portrayals, instead of just resting on their laurels.

An indie “solo” starrer from each of them every couple of years would brighten the local film scene immeasurably!

Indie filmmaking is much more “affordable” now. If these fine thespians each starred in one movie a year, or even one every couple of years like Vilma—how wonderful it would be for everybody!

TAGS: Entertainment, Everything About Her, Movies, Showbiz, Vilma Santos