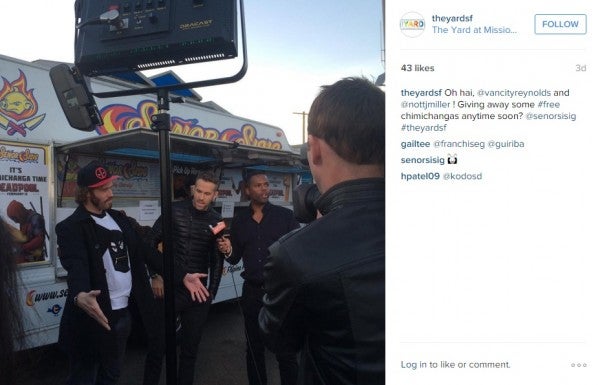 Ryan Reynolds, who plays Deadpool in the new superhero film, gave out free servings of the Filipino fusion food during a promotional event in San Francisco this week.

READ: ‘Deadpool’ is an R-rated riot

Señor Sisig, the lucky food truck business visited by the two actors, posted on Instagram photos of the event. 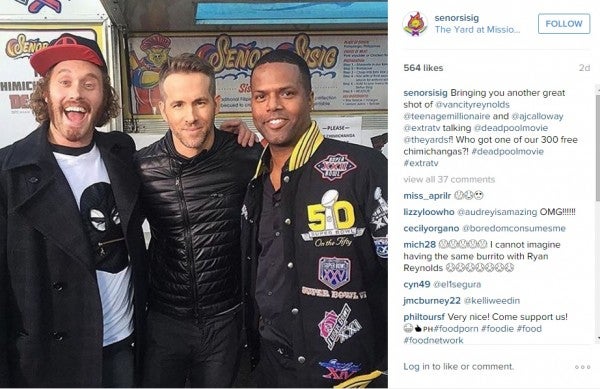 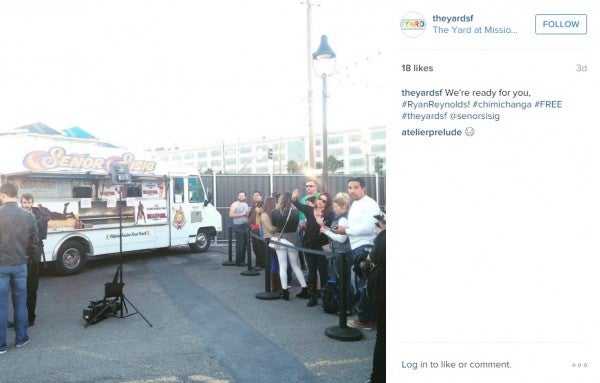