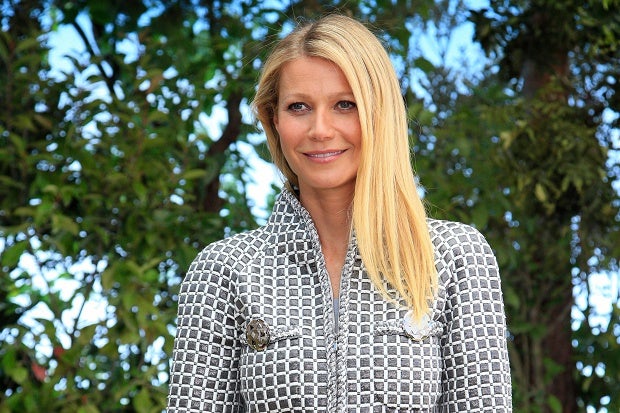 In this Jan. 26, 2016, file photo, actress Gwyneth Paltrow poses for photographers before Chanel’s Spring-Summer 2016 Haute Couture fashion collection in Paris. Opening statements have begun in the trial of a man charged with stalking Paltrow. A prosecutor says Dante Soiu has hunted Paltrow for 17 years and sent her 66 letters between 2009 and 2015. Deputy District Attorney Wendy Segall said Monday, Feb. 8, 2016, that Soiu has shattered Paltrow’s sense of security. Soiu was found not guilty by reason of insanity in 2000 in a previous trial and was sent to a mental institution for several years. He was re-arrested last year after sending Paltrow new correspondence. AP FILE PHOTO

LOS ANGELES — A jury hearing a case against an Ohio man charged with stalking Gwyneth Paltrow heard testimony Tuesday about pornographic messages and sex toys he sent her earlier in her career.

Paltrow’s former bodyguard Dennis Bridwell read some of the explicit messages he said were sent by Dante Soiu to the Oscar-winner roughly 17 years ago.

Lynda Westlund, an attorney for the 66-year-old Soiu, repeatedly objected to Bridwell’s testimony about the items that were part of the previous case that resulted in Soiu being sent to a mental institution for several years.

The current case focuses on Soiu’s recent messages to Paltrow. He is accused of sending Paltrow 66 letters and packages between 2009 and 2015, with some containing messages about religion, his desire to marry her and her death.

He has pleaded not guilty to felony stalking. Westlund described him in her opening statement as a Christian who wrote repeatedly to Paltrow in an attempt to minister to her.

Westlund argued outside the presence of the jury that the older messages — which described sexual fantasies involving Paltrow and various sex toys sent to her — were too prejudicial.

“That’s why it’s all the more disturbing that these letters were sent,” Windham said about the more recent messages.

The testimony came during the second day of Soiu’s trial. Bridwell is one of the final prosecution witnesses.

Paltrow cried Monday when a prosecutor asked her whether Soiu’s writings made her fear for the safety of her children. She also told jurors she was upset when she learned in 2009 that Soiu was writing her again.

Soiu was found not guilty by reason of insanity in 2000 in the previous case involving pornographic messages to Paltrow. He was sent to a mental institution then re-arrested last year after sending the actress new correspondence.

Paltrow, 43, won an Oscar in 1999 for her role in “Shakespeare in Love.” She has two children with estranged husband Chris Martin, frontman of the band Coldplay.