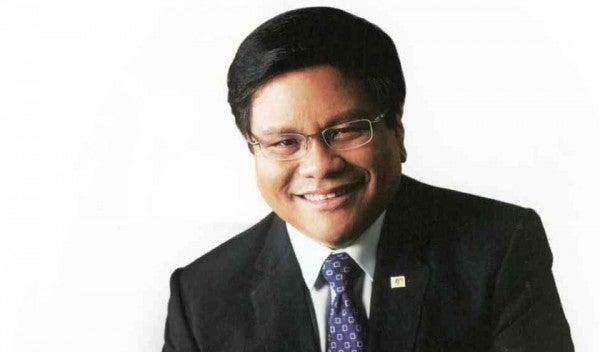 It’s been almost four years since Chair Eugenio “Toto” Villareal took over as head of the Movie and Television Review and Classification Board (MTRCB), but he refuses to take full credit for the general perception that the MTRCB has become a more accessible and proactive government agency under his watch.

“Our projects are just a progression of my predecessor’s achievements,” he told us when we met him and former GMA 7 executive Butch Raquel for a quick lunch recently—a meeting that has demystified the board chief for us.

Chair Toto is candor personified. He doesn’t lace his answers with barren niceties and patronizing pronouncements to boost his “stock.”

In fact, he regaled us with fun facts (about why films in the Philippines open on Wednesdays) and enlightening but little-known trivia about the movie industry (the public and private aspects of the controversial Metro Manila Film Festival or MMFF) he has sworn to support.

A tantalizing revelation: He’s a certified Vilmanian. “I became a lawyer because of ‘Sister Stella L,’” he disclosed. “I was only 5 or 6 when Nora Aunor and Vilma Santos were the queens of Philippine show biz—and helpers at home would throw slippers at each other to defend their idols (laughs).”

He added, “My all-time favorite is ‘The Sound of Music,’ because all you need to do is sing along with its songs when you’re feeling blue. The characters find themselves in dire situations, but they make viewers feel like there’s always hope.”

What does he find difficult and fulfilling about his job? He said, “The hardest part about it is managing people’s expectations. For example, for people who find films like ‘Fifty Shades of Grey’ too risqué, I tell them that it isn’t in my power to reverse the ruling of a three-man or five-man review panel, because the MTRCB is a quasijudicial agency—although its decisions are reviewable by the Court of Appeals and the Supreme Court.

“I make sure that I listen to people’s contradictory views, because it shows that you have high regard for the freedom of others. Take ‘Fifty Shades’—its permit has three pages of notes, so you can’t say you haven’t been forewarned when you watch it.

“Moreover, the rating system presupposes that every household has its own value system. If that is compromised, parents should make time for their children. Dapat mag-usap sila! Pero ang totoong MTRCB ay ang mga magulang. For the children of artists kasi, what is generally perceived as PG (Parental Guidance), baka G (General Patronage) lang for them—because they’re more open-minded and liberal. A child’s values protect him from the situations he sees onscreen.”

What are his thoughts about the MMFF and the calls for its abolition or reforms? He said, “First, the law that governs the MMFF is antiquated. It’s an executive order (86-09)—an ordinance—created by the Metro Manila Commission (MMC) signed by Joey Lina, who was MMC’s first governor in 1986.

“The MMFF is not strictly a project of the Metro Manila Development Authority (MMDA) as envisioned—it is supposed to be the project of the metropolis’ 13 cities and municipalities under the Local Government Code, which allows them to support projects that either stop criminality, control pollution or enhance the arts. A film festival like the MMFF is an institutionalization of their stake in the arts.

“There is an ongoing debate whether the festival’s funds are private or public. There’s a Department of Justice opinion in 2004 that says that the MMFF is a private undertaking, but if you ask my legal opinion about it, it has public and private aspects—that’s what the Commission on Audit thinks, and I’m echoing that.

“If you look at the prevailing laws of the MMDA, its mandate is the delivery of basic services, like traffic regulation and garbage management. Walang tungkol sa sine du’n (it doesn’t say anything about making movies). There’s nobody to stop local governments from supporting the industry, but perhaps they should let others run the festival.

“Concerning the disqualification of  ‘Honor Thy Father,’ I was not informed about the Dec. 26 meeting. I attended the one on Dec. 7, followed by a forum with Marichu Villanueva at Luneta Hotel. Technically, if there are grounds for disqualification, under the rules of MMFF, you have a 10-day period to appeal it.

“Announcing its disqualification only on the 26th—the day before the festival’s awards rites—violated that 10-day rule.

“As early as Dec. 21, the jurors were told to exclude ‘Honor’ from the best picture race.

“As we speak (Jan. 25), I have yet to be called to a meeting to disqualify the film. Even my right (as a member of the execom) was violated.”