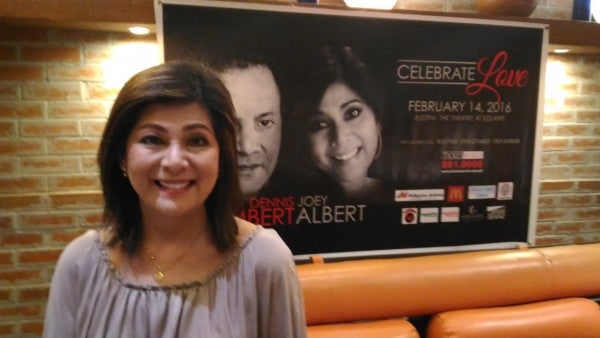 Joey Albert is still at her peak. Seemingly ageless, she performs with Dennis Lambert on Valentine’s Day at The Theatre at Solaire Resorts and Casino. Photo by TOTEL V. DE JESUS/INQUIRER.net

This month, love is the reason to celebrate indeed.

With love as core emotion in most songs, an evening with these two artists promises to be memorable.

Now based in Canada, Joey Albert is a much-awarded singer with more than 20 albums to her name. Her signature hit, “Tell Me” remains a favorite among many, with songs like the Louie Ocampo and Freddie Santos-written “Memories,” and Jose Mari Chan’s “I Remember the Boy” becoming staple radio hits culled from her albums in the 1980s.

Another enduring song in her repertoire is the duet “Points of View” recorded with Pops Fernandez.

Dennis Lambert, meanwhile, launched his recording career back in the 1960s, and midway through the decade he had already written and produced songs for other artists.

Forging an 11-year partnership with British songwriter-musician Brian Potter, he’s worked with the likes of Seals and Crofts, The Four Tops, Dusty Springfield, The Righteous Brothers, and more. 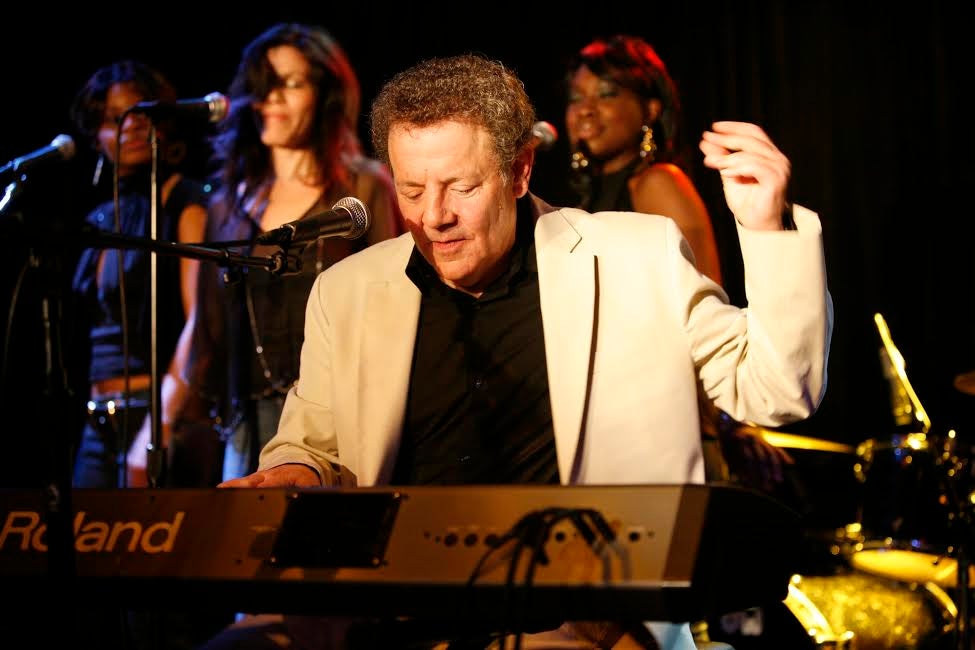 Dennis Lambert shows what he got.

His own album “Bags & Things” released in 1972, would yield his biggest hit to date–the single “Of All The Things”, a classic that remains a favorite among many. Its opening lyrics, “Of all the things I’ve ever done, finding you will prove to be the most important one,” is a sentiment that sounds as earnest in the most solemn wedding ceremony or from a stage at a concert.

With Potter, he wrote hits like “Baby Come Back” for the band Player, and “Ain’t No Woman (Like The One I’ve Got)” for The Four Tops, among others; and on his own, “Nightshift” for the Commodores, “Sara” for Starship, “I Live For Your Love” for the late Natalie Cole, and many more.

It has been reported that, at one point in his career, he had four songs on the Billboard Hot 100 chart simultaneously, a feat previously accomplished only by The Beatles.

It has also been written that in 2007, about 35 years after releasing “Bags & Things,” he finally played in the Philippines, where he enjoys a huge fanbase.

He was also the subject of a documentary called “Of All The Things”, which followed the artist on a whirlwind tour for two week–from his town of Boca Raton, through remote islands in the Philippines, to a sold-out show in Manila for fans he didn’t even know he had.

Dennis Lambert and Joey Albert perform on Valentine’s Day at The Theatre in Solaire.

Together as headliners for “Celebrate Love,” Joey and Dennis will conjure magic on stage and make Valentine’s Day this year not just a salute to lovers, but a tribute to music and a homage to one thing that makes the world go ’round.