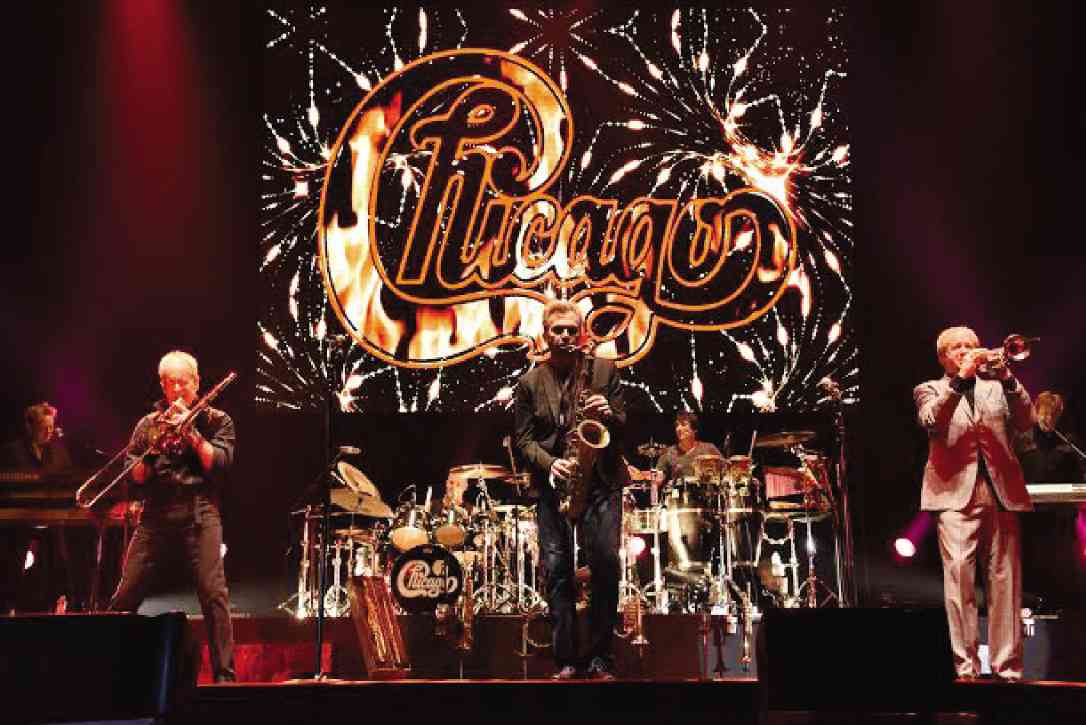 A concert is always a two-way street. As important as the artists onstage are the audience members, who are considered by Chicago’s founding member and trombonist James Pankow the “magical element” that makes a show an actual event. Otherwise, he quipped, he and the band might as well be “just rehearsing.”

Last week at the Smart Araneta Coliseum, the enduring American group was met by an eager, sizeable crowd composed mostly of middle-aged spectators—the “titos and titas of Manila,” they’re fondly called these days.

They sang along and swayed their bodies whenever the beat implored them to; they were generous in applause—and always hungry for more.

The band, which was formed in 1967 and has since undergone a number of lineup changes, performed a whopping lineup of 34 songs—almost as many as the albums it had released.

The extensive set list encompassed Chicago’s discography, showcasing the shifts in styles its music underwent through the years.

It was the power ballads, which defined the now nine-man band’s music for much of the 1980s, that proved to be the most anticipated that night.

The opening strains alone of “Hard Habit to Break”—originally sung by former lead vocalist Peter Cetera, who left the band in 1985—was more than enough to make the audience erupt into shrieks and cheers.

Singing duties fell largely on the lap (and able pipes) of the bassist, Jason Scheff, as well as of Robert Lamm and Lou Pardini, who provided additional vocals from behind their keyboards. 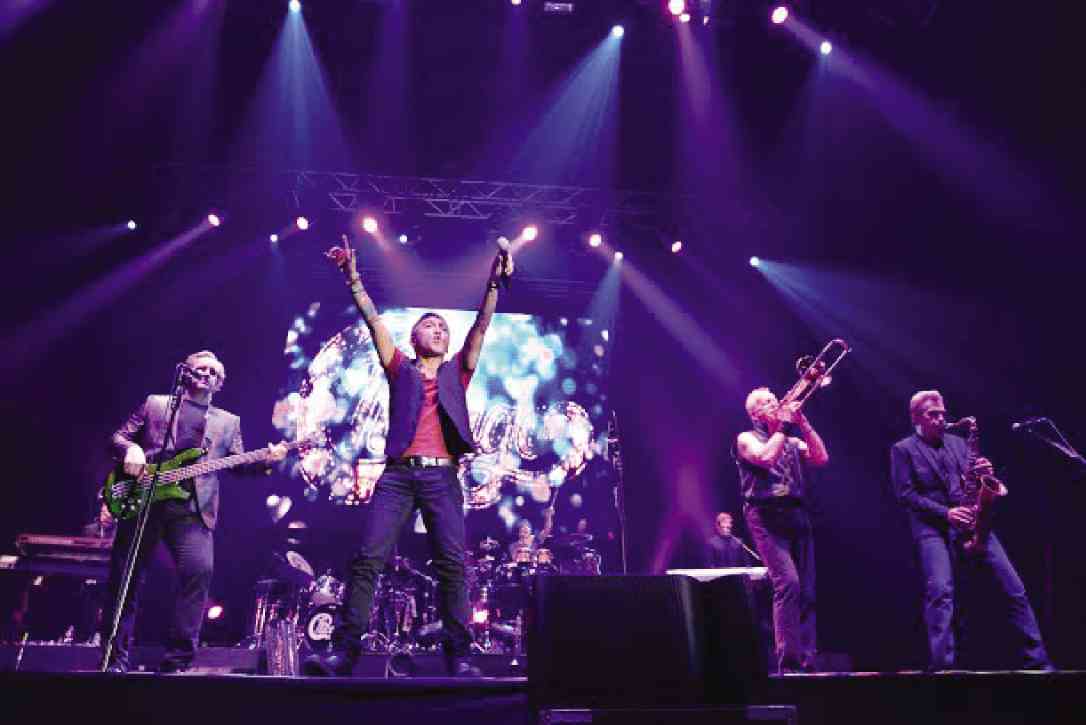 ARNEL Pineda (second from left) takes charge of the stage.

In the next number, however, the band surprised everyone by calling onstage Arnel Pineda—the diminutive but big-voiced lead vocalist of Journey.

The group let Pineda take charge of the stage, his raspy tone soaring above thousands of other voices: “I want to have you hear me sayin’/ No one needs you more than I need you,” the one-night Chicago front man belted out before a sea of arms being waved from side to side.

After the rousing performance, Pineda, visibly honored by the occasion, got down as if worshiping the group: “I love these guys!”

While such songs elicited the loudest sing-along sessions, it was in Chicago’s earlier, jazz-driven brand of rock where the members got to flex their muscles and show off  their skills. “Questions 67 and 68,” “Dialogue,” “Alive Again” and “Call On Me,” highlighted the members’ masterful interplay of sounds: the flirtatious brass (Pankow, Lee Loughnane and Walter Parazaider), which every so often took center stage; the wailing guitar riffs (Keith Howland), as well as the thumping percussion (Tris Imboden and Walfredo Reyes, Jr.)—came together  to form a sprightly musical brew.

Meanwhile, “Will You Still Love Me,” “Another Rain Day in New York City” and “Look Away”  allowed Scheff, Lamm and Pardini to have their respective intimate solo moments.

Another crowd pleaser was the nostalgic instrumental, “Color My World.”

By the time they played a mash-up of “Hard to Say I’m Sorry” and “Get Away” toward the end of the show, the majority of the crowd had already sprung to its feet, set aside their inhibitions and proceeded to charge toward the stage to have pictures taken with the band in the middle of their performance.

And whenever the group teased that its next song was probably going to be the last, the fans chanted and stomped their feet, never wanting to let go!