Big homecoming for Miss Universe at the Big Dome 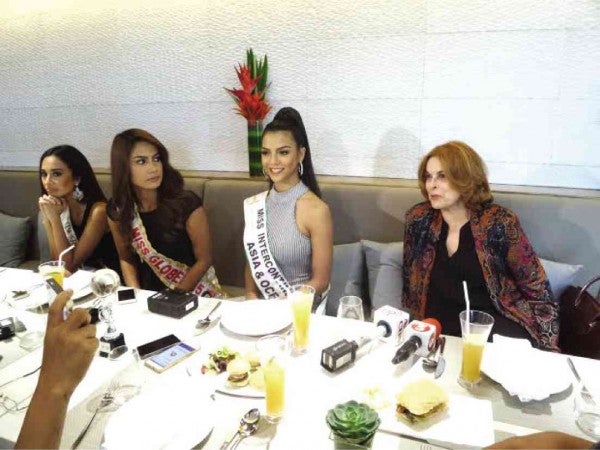 During a recent press conference at the Pool Bar of Novotel Manila in Quezon City, the BPCI chair said she hoped to attract Wurtzbach’s fans, as well as the supporters of the 53-year-old national competition, with the appearance of past winners.

“We have invited not only the ones who joined Miss Universe, like Venus [Raj] and Janine [Tugonon], but other past winners, to show that we’re all in this together,” she added.

She also confirmed that Miss Universe Organization (MUO) president Paula Shugart will arrive with Wurtzbach for her homecoming next week, and will also grace the ceremonies at the Big Dome.

The 26-year-old Filipino beauty queen is set to arrive on Jan. 23 from Indonesia, where she was invited to attend a big event, which the BPCI officials declined to specify.

Araneta confirmed that there will be a grand parade, complete with a “carosa,” that will go around the metro.

“We are in coordination with MUO for every day that [Pia] is here. I cannot tell you [the details] right now—not everything is 100-percent complete,” she explained.

But the matriarch confirmed that the Jan. 28 tribute is open to the public. “It will be a show for Pia,” Araneta added, saying the program will allow Wurtzbach to make her victory walk as 2015 Miss Universe, something that was taken away from her, because of the infamous gaffe that host Steve Harvey committed with the announcement of the wrong winner.

Araneta confirmed that there have been pundits who criticized her move to accept returning candidates to the national pageant, like Wurtzbach, who joined the Binibining Pilipinas pageant for three straight years before bagging the coveted Miss Universe Philippines title.

Wurtzbach received first runner-up honors as a rookie contestant in 2013, but only finished in the semifinals the succeeding year. She scored her victory on her third attempt last year.

“People were asking why I kept on accepting girls who have already lost. I let them, because girls are allowed to dream,” Araneta explained.

Her decision to accept veteran candidates appeared to have worked in the country’s favor, because of our candidates’ remarkable performance in international tilts in recent years.

Bea Rose Santiago, who bagged the same crown in 2013, was a crossover candidate from Mutya ng Pilipinas, and a semifinalist in a lesser-known global pageant.

Tugonon, who finished second in 2014, was a two-time Binibining Pilipinas contestant.

Araneta declared: “I feel that we’re No. 1 now. Latin Americans are saying it’s no longer Venezuela. It’s the Philippines’ time now. All our girls in these contests make it, like Venezuela used to.”

“Venezuela and Colombia are still powerhouses. But they now know we’re also a force to reckon with. Binibining Pilipinas knows the correct formula on how to shape the girls to be true beauty queens,” McGarry said.

“It’s a big honor! I’d like to take this opportunity to thank the Filipinos. We wouldn’t be this strong if not for their support. We get our determination from the love they give us,” Colis explained.

In 2015, the Binibining Pilipinas queens all placed in their respective competitions.

Aside from Wurtzbach, Colis and McGarry, Janicel Lubina finished in the top 10 and received the best dresser award in the 2015 Miss International pageant in Tokyo, Japan, while Rogelie Catacutan placed in the 2015 Miss Supranational top 20 in Warsaw, Poland.

Parul Shah, who was 2014 Binibining Pilipinas-Tourism, competed in the 2015 Miss Grand International pageant in Bangkok, Thailand, in October, and finished fourth. She was also hailed best in national costume.