Liza Diño to bashers: I am no longer affected | Inquirer Entertainment

Liza Diño to bashers: I am no longer affected 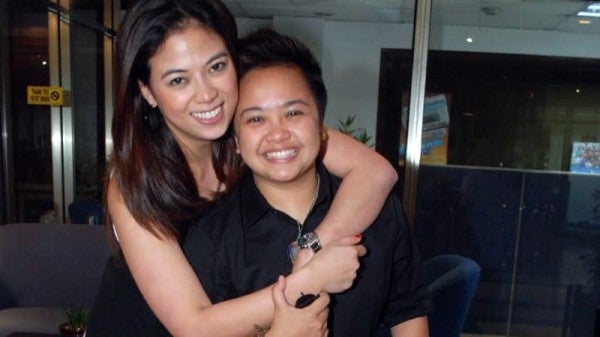 Amid homophobic attacks against actress Liza Diño and singer Aiza Seguerra, Diño said she was no longer affected by the hurtful comments of netizens after the couple bared their plan to have children through in vitro fertilization (IVF).

While Diño admitted that she still gets hurt reading people’s comments, she said she has learned to be “matured” or more “compassionate.”

During a press conference on January 5 for her news show “Born To Be a Star,” Seguerra detailed their plan to undergo IVF.

READ: Aiza Seguerra, Liza Diño plan to have a baby through IVF

Many netizens were quick to react, saying “below the belt” comments even quoting bible verses.

Some comments included nasty remarks about rape and sexual activities.

(I noticed that today…I’m no longer that affected. Other comments are still hurtful, but I just laugh at their remarks.)

Diño admitted she and Seguerra had to overcome a lot of hurdles just to live “normal” lives like other couples.

(Many things have happened and we have gone through a lot in hopes to live normal lives like other couples.)

She said she became more compassionate now and open to the beliefs of others.

“I have evolved and matured as a human being. Mas naging compassionate ako at bukas sa pananaw ng iba (I have become more compassionate and open to the views of others),” she said.

“Natuto akong maging assertive kesa maging defensive pagdating sa mga ganitong usapin (I have learned to be assertive instead of being defensive when it comes to these matters),” she added.

She said she was saddened at how “religion” can lead to hatred, animosity and discrimination when our spirituality is supposed to enhance our lives and make us better persons.”

Diño said she now realized the importance of their role in advocating the rights of lesbian, gay, bisexual and transgender (LGBT) community.

(You have nothing to lose in respecting the rights of others.) NC/CDG