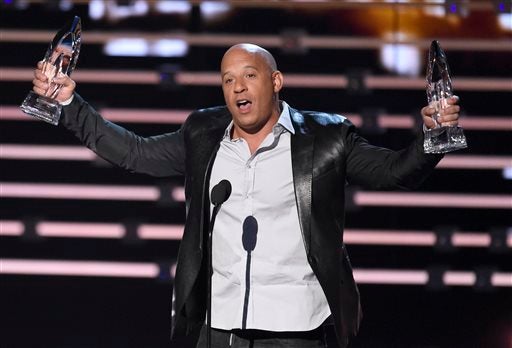 Vin Diesel accepts the award for favorite movie for “Furious 7” at the People’s Choice Awards at the Microsoft Theater on Wednesday, Jan. 6, 2016, in Los Angeles. AP PHOTO

The fan-voted prizes were presented Wednesday night in Los Angeles at a ceremony hosted by Jane Lynch.

DeGeneres received a humanitarian award, as well as the trophy for favorite daytime TV host, bringing her total People’s Choice wins to a record-tying 17.

Song: “What Do You Mean?” Justin Bieber