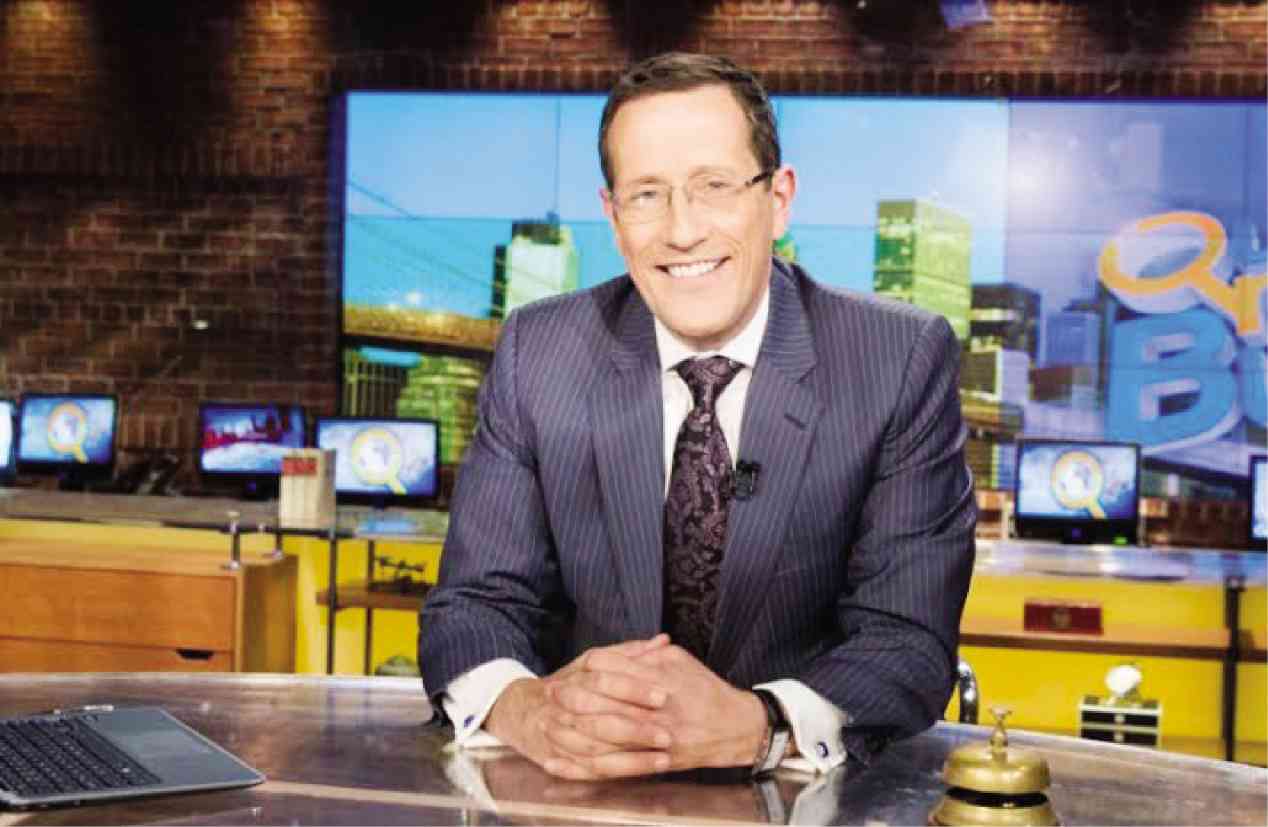 “My Manila experience has been less than ideal, in the sense that I was there for Apec (Asia-Pacific Economic Cooperation, in November),” CNN anchor Richard Quest told the Inquirer in an e-mail interview. “Because of that, I didn’t get a chance to experience the true enjoyment—delights, food— that was possible. On the plus side, because of Apec, I didn’t have to experience the awful traffic that people talked about,” the 53-year-old host of the monthly show, “Business Traveller,” said.

Filming an episode during the economic forum gave him a clearer picture of the country’s business potential, according to the New York-based Quest.

“You’ve got high-spending travelers from the US and Europe who come over, and they want to make sure they get to see more than just the convention hotel… There’s no doubt that the country’s going to have to do more with infrastructure on airports… it’s going to tackle the road situation; there’s no point of bringing people here if they can’t get any further than the end of the road. Everything is ripe for a boom in tourism!”

News-reporting, he added, has evolved dramatically.

“What has changed? Two things: First, the availability of getting real-time pictures with better quality has sped up the operation considerably.”

The second big change is social media. “It has created its own dynamic, in which people can find out from each other. For instance, bomb hoaxes on planes, which we may not have reported in the past because it encourages more hoaxes, you read about it on Twitter, on Apple or Facebook. We don’t change our values and standards, but we have to change our execution of these stories —because the viewer is already informed about them!”

Quest, whose past interviewees include the Dalai Lama, British Prime Minister David Cameron, Playboy founder Hugh Hefner and DreamWorks CEO Jeffrey Katzenberg, among others, revealed that speaking with people from different industries continues to be challenging.

“It can be intimidating if it’s a prime minister or president,” he said. “It can be absolutely terrifying if it’s a Hollywood star. Fundamentally, you want a good interview—and that means getting the best out of the interviewee. If it’s a politician, you need to make sure that he answers the question you’ve asked, not the question he wants to answer. If it’s a star, make sure he’s saying something interesting. You can never become so over-awed and impressed.”

The openly gay newsman related that working for CNN since 2001 has taught him a valuable lesson: “Don’t assume. Check, check, check. Facts come first. Never, ever play fast and loose with the facts. It’s the single most important thing that you do in this business. Our integrity is like virginity; once it’s gone, it isn’t coming back! That is something I’ve had to learn because I thought I’d rely on memory, [and I discover that the ‘fact’], 20 minutes later, is wrong… you beat yourself up. That happens when you’re a senior correspondent like myself, as much as you’re an intern.”

Quest is confident that Filipinos can discover things about the country from the CNN coverage.

“You’re going to learn where the Philippines is going to position itself as it looks to a future of growing tourism and how that’ll go forward. There is great future in tourism. Frankly, it’s one of the last undisturbed and ‘undiscovered’ places [in the world],” he said.