May the Force be with you | Inquirer Entertainment
Close
menu
search

May the Force be with you 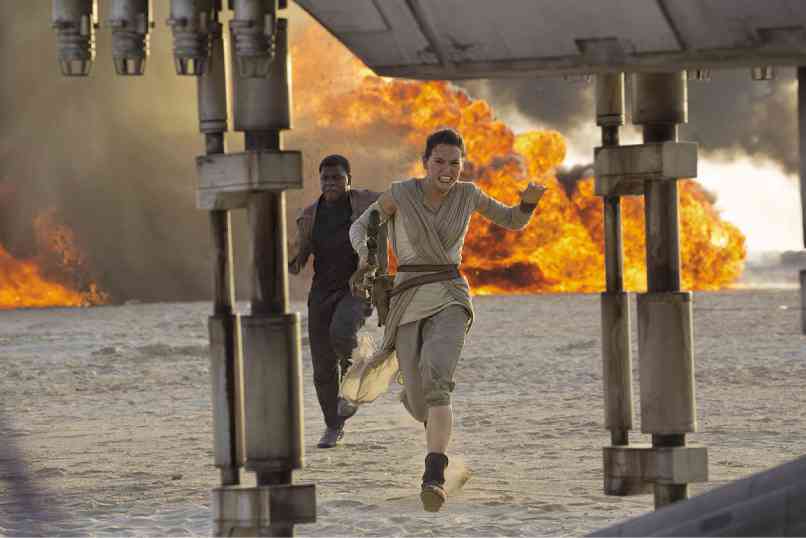 A little before Christmas Day last year, the newest “Star Wars” film titled “Episode VII: The Force Awakens” was released in most worldwide markets to the delight of fans everywhere. I have friends who are die-hard fans, who most probably got dressed up in costume to see the film.

Rob and Nicole saw it in Manila before traveling to New York over the holiday season, and once here, saw it twice more (this time, with me in tow: once on Christmas Eve, then on Jan. 4). Until their arrival, I stayed away from as many articles as I could that may possibly contain spoilers, and therefore ruin my fun. Thankfully, the effort paid off. Everything I got to see on that big screen was a surprise!

To my delight, there was plenty that paid homage to the previous films: an orphaned loner on a sandy planet who is extremely talented as a pilot and as a possible wielder of a certain blue light saber, a powerful masked villain holding a red light saber, a misshapen malevolent puppet master who appears in holograms, epic battles on the ground and in the air, and a watering hole with great music playing (in the case of “The Force Awakens,” the music was written by the musical-theater genius behind the Broadway shows, “In the Heights” and “Hamilton,” Lin-Manuel Miranda).

Of course, as with every other “Star Wars” film, the now-iconic theme song by John Williams plays to accompany the opening crawl (in this new film, the opening was conducted not by Williams, but by Los Angeles Philharmonic music director, Gustavo Dudamel… it was also the first time the score wasn’t played by the London Philharmonic). It sends the audience into fits of applause and cheers. And why wouldn’t it? It’s been 10 years since “Episode III: Revenge of the Sith” was released. We were hungry for “Episode VII.”

The verdict? For Rob and myself, it was a wonderful experience! We both loved that elements from the first films were given the respect they were due. The special effects never felt fake or overly computerized.

Sure, we know that there was a lot of help from technology to make movies like this possible, but what we loved about “The Force Awakens” is how real everything felt, from the wreck of the Star Destroyer on Jakku to the wrinkles on Maz Kenata’s face. (I wonder if her name was inspired by the Sérgio Mendes hit song, “Mas Que Nada.”)

It was also a huge thrill to see Han Solo (Harrison Ford) and now General Leia (Carrie Fisher) back onscreen playing those beloved roles. I’m sure not only a few people wondered what became of them after “Return of the Jedi.”

Do they get their happy ever after, with children and everything? You’ll have to watch the film to find out. It also made me shed a tear or two seeing Mark Hamill as Luke Skywalker. In case you didn’t know, he plays The Joker in many of the “Batman” animated series—and I became an even bigger fan! Seeing R2-D2, Chewbacca and C-3PO also made me smile.

As for the new faces, Rey (Daisy Ridley) is a sight to behold, but beyond that, her strength and smarts are what make her a character worthy of emulating.

Finn (John Boyega) is a great example of redemption. And what a mean American accent, too (Boyega is actually British). And that firebrand Poe Dameron (Oscar Isaac), that fighter pilot with skills above and beyond anything ever seen before, is exactly what you’d expect to see.

I was only 6 years old when I first came face to face with The Force that is “Star Wars.” We were only too giddy at the opportunity to introduce the series to our daughter. There were a few times when, at her third viewing, she grabbed my arm and shut her eyes—and other times when she didn’t seem to blink!

Yes, there are criticisms of this newest installment by fans and critics alike, but for me, “Episode VII” fits nicely in the “Star Wars” canon.

I cannot wait to see what “Episode VIII” (written and directed by Rian Johnson) will hold.

Wait for one year, we must.