Top director under fire for alleged abuses vs bit player 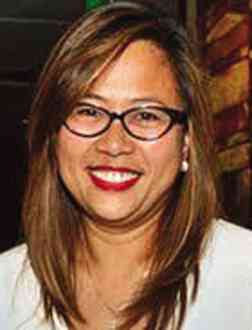 Box-office director Cathy Garcia-Molina is in hot water for the alleged maltreatment of a substitute actor on the set of the defunct ABS-CBN TV teleserye “Forevermore.”

Alvin Campomanes, a history teacher who played the bit role of Makoy in the then top-rating teleserye, is asking ABS-CBN to take disciplinary action against Molina, talent supplier John Leonardo and a certain Jeng for alleged abusive behavior, emotional and mental torture, and other “injustices” committed against him.

Campomanes filed a complaint against the three in his letter to Cory Vidanes, ABS-CBN channel head, dated Oct. 22, 2014.

He lamented on Jan. 2 on Facebook that “justice has yet to be served” a year since he made the complaint.

The following day, Campomanes confirmed to the Inquirer that ABS-CBN business unit head and director Lauren Dyogi called him up that night. He told Dyogi he was “willing to talk to them (ABS-CBN executives), but I need to talk with lawyer friends first.”

In his complaint, Campomanes said: “Let this outcry be a challenge to the integrity of ABS-CBN. I am calling on the network to prove to all of us that its core values are more important than ‘ratings, revenues, and profits.’”

“I am aware that through this complaint, I am articulating the silent rage of all the extras and behind-the-camera workers who had been abused and dehumanized,” he continued.

Specifically, Campomanes protested the indignities he allegedly experienced as one of the talents during the taping in Benguet from Oct. 6 to 7, 2014. “Her hypocrisy was disconcerting to watch,” Campomanes said of Molina. “She was servile to Luz Fernandez, courteous to Joe Gruta, solicitous to Liza Soberano, and friendly to Joey Marquez and Irma Adlawan. Liza committed a lot of mistakes in delivering simple lines, but the director shielded her from criticism.”

“This (sensitivity) to the feelings of others, however, was selective; it was only for stars and veteran actors,” Campomanes said, adding that Molina would instruct minor talents on set by “shouting, insulting and spitting [out] curses.”

He likewise criticized Leonardo, who reportedly told him not to attend his class the following morning to shoot another sequence. He said this was against their agreement that he would work for only a day.

The controversy first became public on Dec. 31 when Campomanes’ girlfriend, TV talent Rossellyn Domingo, posted on Facebook her grievances against Molina, whom she accused of humiliating and cursing her boyfriend.

Domingo said an ABS-CBN executive reportedly told them that Molina is known for cursing while at work, and that it was her way of coping with stress. 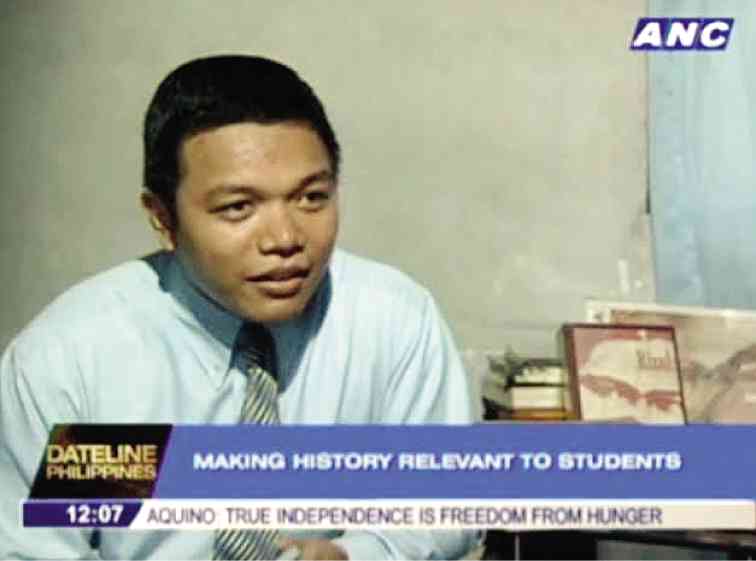 According to Campomanes, Domingo was recruited by Leonardo for that TV soap to play the role of Celia. The talent supplier hired him as a substitute when Domingo’s partner in the show failed to appear on the set on the scheduled shooting day.

Asked for comment on Monday, ABS-CBN issued a statement to the Inquirer, saying it has “acknowledged and responded immediately” to Campomanes’ complaint.

“We also sought a meeting with Campomanes and Domingo through MTQ Promotions and Talent Management, the agency that engaged their services for the project,” said Corporate Communications head Kane Choa. “But we were later informed by its owner Mary Ann Trumata-Rejano that there was no need for a meeting as they had met with Campomanes and Domingo and settled the issue.”

Choa added: “When Domingo posted an open letter on Facebook, we were surprised to learn that the issue has not been resolved, contrary to what the talent agency owner told us. At present, we are in communication with Campomanes and both parties have agreed to meet to resolve the matter.”

The Inquirer also tried to get Molina’s reaction to the complaint, but the director refused to comment. “You already spoke with… (a Kapamilya official). I suppose you already have an understanding [on what to write about the issue],” she said in a text message.

“It’s sad that this happened. The big question really is, what was this history professor doing on the set as an extra?” the Kapamilya official pointed out.

The same source said the issue has greatly affected Molina. “Direk Cathy was just doing her job. She has her own (artistic) process, even though this may not be widely accepted.

“We are not justifying what happened. We also know that there are people who cannot handle being cursed at, especially those who do not understand the culture of show business. Again, we ask this question: What are you doing there?”

The source said it was unfortunate that so much hatred was being spewed out on various social media platforms against Molina. “Where is all the hatred coming from? This is also what the network is trying to find out.”

The source then echoed the sentiment of former actress Rosanna Roces, who said Domingo had been “too emotional.” In her Facebook account, Roces said that show business is not for “onion-skinned people.”

The actress then recalled similar humiliating experiences with directors she had worked with, adding she had never felt offended by their behavior.

Campomanes, for his part, thanked Roces “for confirming the disgusting realities that happen behind the camera,” which he described as the “culture of oppression in the entertainment industry.”