This image released by Paramount pictures shows characters Michael Stone, voiced by David Thewlis, left, and Lisa Hesselman, voiced by Jennifer Jason Leigh in a scene from the animated stop-motion film, “Anomalisa.” The film was nominated for a Golden Globe award for best animated film on Thursday, Dec. 10, 2015. AP

In “Anomalisa” everyone looks and sounds the same. They have the same face (Caucasian, bland, non-descript). They have the same voice (Tom Noonan’s). They bore our protagonist Michael Stone (voiced by David Thewlis) to death. And this feeling that he’s the only individual on the planet among all these clones might be the cause of his unravelling.

In this very R-rated stop-motion animated feature, scripted by Charlie Kaufman (writer of “Adaptation.” and “Eternal Sunshine of the Spotless Mind”) and co-directed by Kaufman and Duke Johnson, we spend one day with this sad sack narcissist on an overnight trip to Cincinnati. He’s there to give a lecture about his book, “How May I Help You Help Them,” a top selling manifesto on the art of customer service. It’s successful enough that people in the hotel recognize him immediately.

But he’s still sad. He has a stilted conversation with his wife and son who stayed behind in Los Angeles. He calls an ex-girlfriend to see if she’ll meet him for a drink. Their breakup was fraught, and so is this encounter.

Back in his room, Michael sinks into himself, bereft of an easy hookup. It’s just him and his Belvedere martinis with a twist until he hears an alarming sound from the hotel hallway — a voice that’s not Tom Noonan’s. It’s Jennifer Jason Leigh’s. Michael bursts out of his room like the owner of this voice is his last chance for survival, frantically knocking on random hotel room doors to find her.

The woman has travelled from Akron, Ohio, (over 200 miles) to hear him speak. She’s a big fan, as is her co-worker. And this woman is different in voice and face. Her name is Lisa. She’s an anomaly. She’s his Anoma-Lisa, he tells her later when things get intimate.

Leigh’s nuanced vocals bring what could have been a slip of a character to life. It’s a stunning, emotionally truthful performance that makes you wish more awards would recognize voice acting.

Lisa has the confidence of a middle school girl (read: none). Her levels might even be in the negative numbers. She is sweet and excitable and good-natured, but cripplingly self-conscious. She second-guesses everything she says. She ends sentences with “shut up Lisa!” She thinks she’s ugly, dumb and unsophisticated.

Actually, Lisa is basically a girl in an adult woman’s body. She is gawky and awkward. She stumbles over her own feet and really likes to press the buttons in the elevator. But she still goes back to Michael’s room when he asks her to after a few drinks, knowing full well what that means. 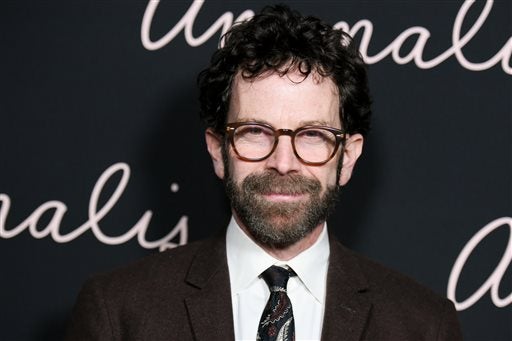 The story doesn’t willfully hide details from the viewer, but it does evolve in surprising ways. Even after two viewings, I can’t settle on a single thesis. That’s probably what makes it valuable.

You can feel for Michael and empathize with his existential solitude, or you can roll your eyes at him. I did. He’s fairly insufferable, and it takes a while to realize that perhaps the problem isn’t everyone else — it’s him. He’s unable to see outside himself and condescends to others with abandon while profiting off of a customer service ideology that he clearly doesn’t believe — that everyone deserves to be loved, that everyone is an individual, that a smile costs nothing and can make a person’s day.

There is little entertainment in watching a narcissist’s worldview realized. It’s more like heartbreaking dread. The fact that Kaufman (his follow up to “Synecdoche, New York”) and Johnson (his first feature) accomplished all of this with puppets is all the more astounding.

“Anomalisa” is an anomaly. It’s distinctive, bold, and achingly human. Sometimes art needs to splash us with cold water to give us an experience that is not just passive enjoyment, but active introspection. Don’t say we didn’t warn you.

“Anomalisa,” a Paramount Pictures release, is rated R by the Motion Picture Association of America for “strong sexual content, graphic nudity and language.” Running time: 90 minutes. Three and a half stars out of four. TVJ