Youthful star acts as Santa to kith and kin 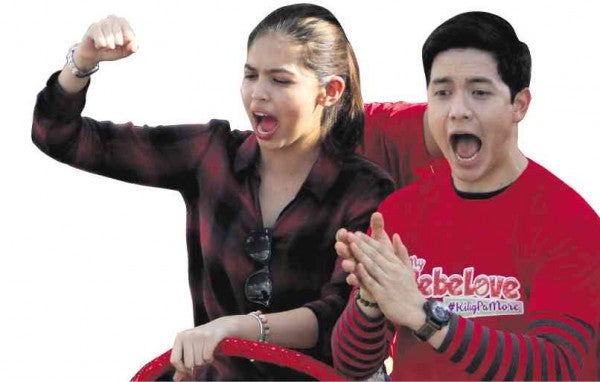 Youthful Star’s generosity to family and friends has been amply rewarded. According to a mole, YS continues to be showered with countless blessings.

Even though his parents were no longer a couple, YS gave dad an early Christmas present: a spiffy set of wheels.

Well, YS recently landed a lucrative deal with High-Profile Personality—which, according to the grapevine, amounted to millions of pesos.

It was a happy holiday season for TS and the entire clan.

AC was gung-ho about a Promising Enterprise.

AC felt at ease because most of PE’s cast and crew were industry veterans. 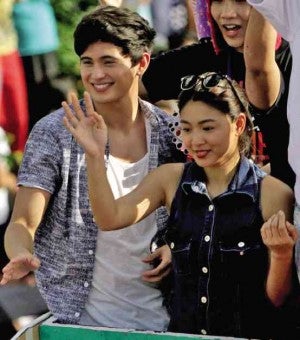 Bosses didn’t even give PE a fighting chance. It got the boot with

dispatch—before AC and the rest of the team could even howl in protest.

Rebellious Star has earned for himself quite a reputation among the ladies.

Thing was, SC was old enough to be RS’ mother.

High-flying Performer is throwing a diva fit left and right.

Colleagues are turned off by HP’s horrific behavior on the set. HP refuses to work alongside “lesser” talents.

Colleagues are scared of HP, who can be brutally frank and is unafraid to call an

Vociferous Entertainer is feeling down these days.

VE keeps complaining about the shabby treatment given by Current Bosses.

Seems CBs have lost interest in building up VE’s career.

Is it because VE turned out to be a headache? Offers stopped coming after VE had turned down a Glitzy Project.

Now, VE is acting up. Is it true that VE is being a royal pain on the set?

Alden Richards on seeing the fans during the Parade of Stars: “Super thankful kami na may supporters kami na kagaya nila… Worth it lahat ng pagod at puyat.” (He works hard for the money, honey.)

Nadine Lustre on James Reid being linked to different girls: “I trust him… It isn’t going to ruin our friendship or love team.” (Moving on…)

Former Miss Universe Gloria Diaz on Pia Wurtzbach bringing the crown back to the Philippines after 42 years:  “That’s amazing. And her dress was awesome.” (Amazing grace.)

Former Miss Universe Margie Moran on the controversy surrounding the announcement of winner in the recent pageant: “I felt for the two candidates, especially for Miss Philippines, whose glory was stolen at that moment. She didn’t even get to walk. But nevertheless, she won!” (Miss Colombia got the short end of the stick, though.)