“According to Boss Orly, million mark hit on first hour with incomplete results,” Reyes said in a Twitter post.

In a series of posts, Reyes thanked the “AlDub Nation” for their love and support for the debut movie of Richards and Mendoza, which makes him speechless.”

Aldub Nation refers to the supporters of Richards and Mendoza.

“ALDUB NATION, you are truly AWESOME!!! In behalf of everyone in #MyBebeLove, MARAMING SALAMAT,” Reyes said. 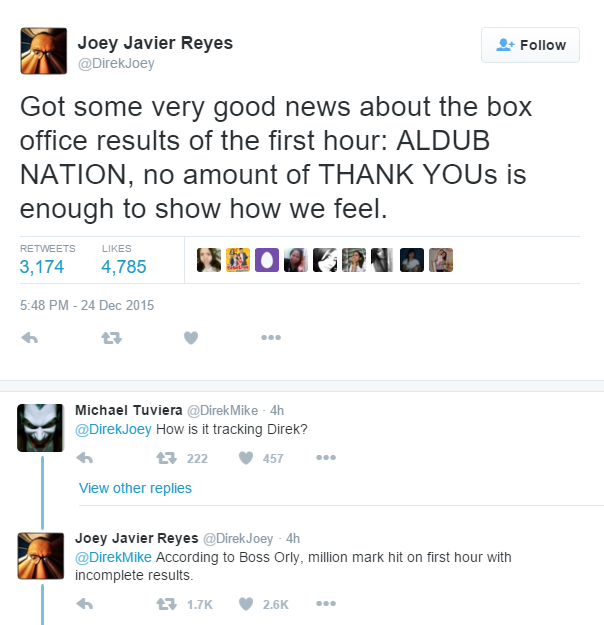 Despite the success of the movie, Reyes said what is important is making movie goers happy.

My Bebe Love is one of the eight entries in this year’s MMFF. NC/CDG

IN PHOTOS: Alden and Maine on the set of “My Bebe Love”