Impersonation tilt finally gets it right

Last Dec. 13, we waited for the announcement of the winner of the TV impersonation tilt “Your Face Sounds Familiar”—not with bated breath, but preparing to be frustrated and disappointed.

After all, the tilt’s viewer-voters had decided in its first edition that the best impersonator was Melai Cantiveros as Miley Cyrus, not the clearly superior Nyoy Volante as Whitney Houston. Yes, we hope and prayed that the viewer-voters would be more judicious this second time around—but, who knew?

Well, when the voters’ verdict was finally announced, our faith in “democratic” evaluation of quality in performance was restored, because Denise Laurel (as Beyoncé) won with 27.51 percent of the votes, with runner-up Michael Pangilinan (as Adam Levine) getting 24 percent. The impersonation tilt has finally gotten it right!

When we caught the finals’ performance night last Dec. 12, Denise was the clear winner—in fact, she was the only one of the tilt’s five finalists who, in our view, emerged as a real contender for the title, due to a number of intrinsically limiting factors that the show should address if it wants to come up with a truly creditable and more uniformly competitive third edition.

Congratulations to Denise for her well-deserved victory. We hope that it further boosts her performing career, which got a surge from her recently concluded teleserye, where she came across as the loveliest and “fiercest” female villain and vixen on TV.

Other notes on the “results” show: An early highlight was a song number showcasing the tilt’s judges, Gary Valenciano, Jed Madela and Sharon Cuneta (in all her abundant splendor).

While watching them perform, we observed that Gary was trim, Jed was stout, and Sharon’s added girth and weight appeared to have affected her singing, which was relatively shaky and short-winded. She’s still a vibrant performer, but she owes it to herself to not go the way of all flab. 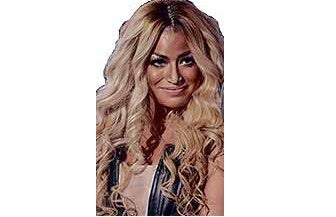 For its part, the Bee Gees impersonation number and spoof turned in by the tilt’s nonfinalists, Cacai Bautista, Myrtle Sarroza and Eric Nicolas, wasn’t really funny.

Their very heavy makeup and prosthetics made them look like freaks, and the “chipmunks” vocal placement they chose provided an even more off-putting aural corollary. Instead of coming off as frivolous fun, as intended, it was a pain to watch.

Cacai, especially, was poorly served by the ill-considered number, and deserves better showcasing than that.

All told, the second “Familiar” edition provided a boost not just to Denise’s career, but also to Cacai’s, even if she failed to make it to the finals. At least, more viewers now know that she can sing really well and “seriously,” aside from looking and being funny.

As for second-placer Michael Pangilinan, his unexpectedly strong showing in terms of votes garnered indicates that he has a supportive fan base, which a young comer needs for his career to prosper. On point of actual confidence, ability and polish, however, he still needs to work harder to stand out in local show biz’s extremely crowded and competitive field.