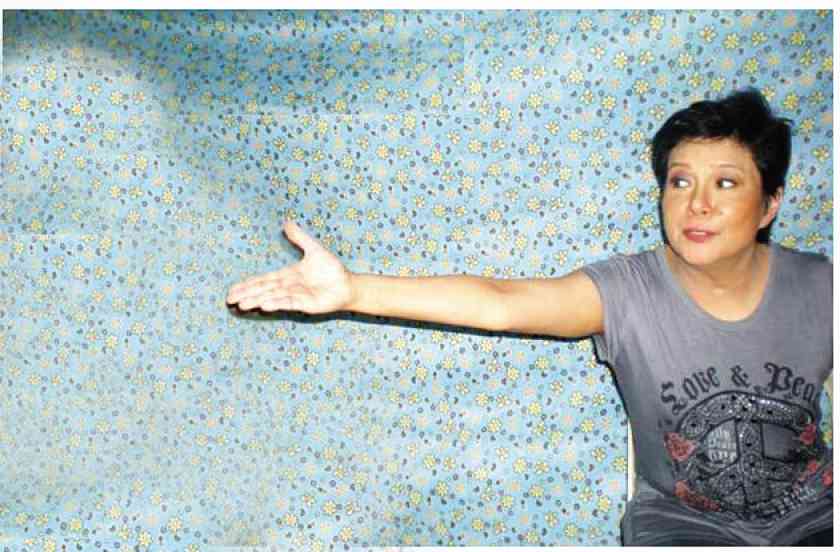 When we visited the rain-drenched Sta. Ana set of GMA 7’s “Little Nanay” last Tuesday, we knew that the experience would be nothing short of memorable—after all, we were visiting Nora Aunor, the iconic 62-year-old actress referred to by The Hollywood Reporter as the Grand Dame of Philippine Cinema.

The stellar appellation isn’t undeserved, but we prefer to call her Ate Guy, the multimedia Superstar who broke all the rules in Tinseltown at the height of her popularity in the 1970s and ’80s.

In this no-holds-barred exclusive interview, the diminutive wunderkind shares her thoughts about her colorful career, her acting style, her stellar rivalry with local show biz’s other Grand Dame (Vilma Santos), the theme-driven indies she prefers to act in, the projects she wished she didn’t accept (“May ginawa ako na wala talagang istorya”), and the newfound activism or outspokenness that has taken her followers by surprise.

She said she didn’t mind getting her “bolder” answers printed because “some things need to be said,” she assured us in eloquent Filipino. (For the purpose of this interview, we’re using some Filipino lines to stress a point and get her message across.)

Where is her “rebellious” streak coming from? Nora’s eyes twinkled as she replied, “You need not worry if you know you aren’t doing anything wrong. It’s a reflection of my sincerity—I truly want to help our people, who should demand much-needed reforms from a government that says one thing and does another. ’Pag walang nagawa ang isang namumuno, hindi dapat binabalewala. Today’s young generation needs to talk about the wrong things they see—they can’t afford to be apathetic, because their future is on the line.

“When I was younger, I didn’t even care to vote. Some people continue to put me to task for being identified with the Marcoses in those years. But most of us just did what we were told; we didn’t have any choice—’yan siguro ang kinagalit ng kabila. Hindi ako kumikibo noon, pero vocal ako ngayon, dahil may mga sitwasyon na hindi na dapat maulit. We’re just looking out after people who can’t protect themselves.”

The Superstar feels confident about Grace Poe successfully hurdling the legal technicalities that are stopping her from pursuing the presidency. “I’m keeping my hopes up, for Grace’s sake—if not, aalis na lang ulit ako papuntang States (laughs),” she said in jest. “Madali kasing kausapin si Grace. It’s a commitment she made with her father, FPJ (Fernando Poe Jr.)—ibinilin talaga sa kanya ’yan. Some actors-turned-politicians swore they’d help the industry but didn’t really lift a finger when they were already in power! I need to raise this issue because it’s true. I don’t mind getting hurt, as long as they don’t drag my family into this.”

What does she tell new actors who ask for advice about acting?

The celebrated actress, who’s known for her instinctive and intuitive acting style, mused, “They should learn what they can about their character, take acting seriously, be natural—dapat walang pasikut-sikot. Sundan mo kung ano’ng nararamdaman mo. The length of the role isn’t all that important—you’ll shine if you do your job well, and it’ll show if you love what you do.

“Take ‘Little Nanay,’ for instance—the story focuses on the characters played by Kris (Bernal) and Chlaui (Malayao). You can’t play leads all the time. Supporting roles are OK if they’re challenging.” 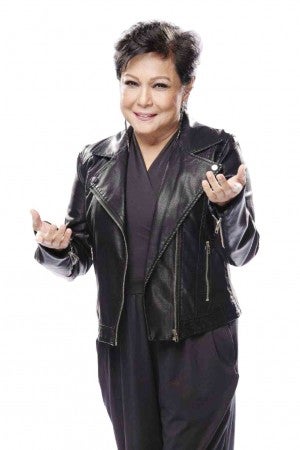 How does she choose her projects?

She said, “I’m lucky that most of the projects I get offered have characters that I can truly sink my teeth into. As long as the roles are different from the ones I’ve done before, that’s something I can work with.”

The Superstar acted with daughter Lotlot de Leon and granddaughter Janine Gutierrez in a recent episode of the drama anthology, “Karelasyon.” Did she coach them in their dramatic scenes?

She said, “I didn’t have to. Modesty aside, Lotlot and Janine don’t need coaching—they’re competent and confident performers.” 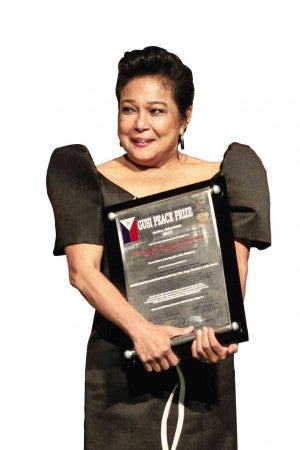 Her latest screen triumph was in “Taklub,” Brillante Mendoza’s Cannes-winning drama about Supertyphoon “Yolanda.” We told her how moving her performance was, even when all viewers could see was her back, as she moved away from the camera. Can she talk about the scene?

She shared, “In that particular scene (where Lou Veloso’s character just lost another loved one), I didn’t know how to react to what I was seeing initially. So, I just followed my gut. ’Pag naramdaman mo na ang eksena, everything follows.

“There are directors who insist on seeing your facial expression, pero kahit hindi nakikita ang mukha mo, you can still convey what you’re feeling. You don’t see the face, but the audience sees how your body reacts.”

Would she do another movie with the Star for All Seasons? Nora said, “Why not? Some years ago, we were offered to play the spinster sisters in a stage version of Nick Joaquin’s ‘Larawan’—and I readily accepted it! Unfortunately, the project didn’t push through.”

What does Ate Guy do in her downtime?

She disclosed, “I have a busy schedule, so when I’m not taping or shooting, I stay home and rest. Alalahanin mo, hindi na tayo bumabata (laughs). When I was younger, especially in my ‘Annie Batungbakal’ heyday, I still had the energy to go dancing after shooting wrapped up at 3 a.m.—and go home at the break of dawn (laughs)!”