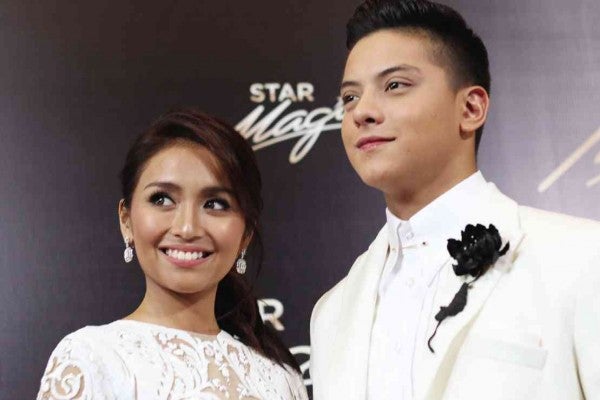 It’s a scuttlebutt that has been denied repeatedly by the two main characters involved in this mini-soap opera.

We can’t really blame Rushes mole for jumping to conclusions.

Handsome Hunk was spotted in a beach resort—purportedly on a much-deserved R ’n’ R.

The duo thought the coast was clear and reconnected on the beach. Alas, there was a third protagonist in this “secret” reunion.

A kid, not more than 10 years old, rushed to the two, screaming, “Daddy, mommy!”

Pretty Starlet looks level-headed and smart, but when it comes to affairs of the heart, she can be a certified basket case.

PS has a knack for choosing men who are bad for her.

Cute Charmer, the last guy PS was involved with, was physically and emotionally abusive. Now, PS is linked to Rebellious Playboy.

PS needs all the luck in the world, because RP is a notorious heartbreaker.

Intrigue mongers have been churning out negative reports about SN, who is purportedly difficult and demanding on the set.

On the other hand, DP’s gender is now the subject of salacious speculation.

As if the company where ADs work are not populated (or is it overrun?) by horrendous divas and predatory closet cases.

All throughout the venture’s run, CC seemed dejected. CC was clearly not in a cheery holiday mood these days.

Perhaps CC knew that it was a losing proposition.

Even CC’s Good-looking Pal seemed uninterested in the whole enterprise.

Closeted Hunk is no homecoming queen.

According to a spy, CH refuses to return to his hometown.

For starters, CH wants to forget the lurid memories associated with his old stomping ground. Clearly, CH doesn’t want his old neighbors to remember his flamboyant past.

Or is it to avoid giving Christmas presents to childhood friends?

Producers ng “My Bebe Love,” may pakiusap kay Maine sa Pasko. (When you wish upon a star.)