Maine Mendoza is uneasy being called a ‘star’ 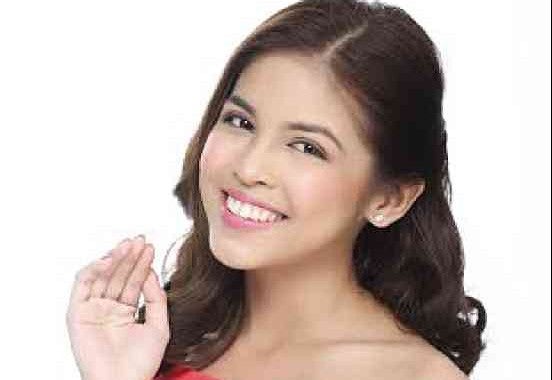 THINGS have been happening so fast, she says.

In merely five months, Maine “Yaya Dub” Mendoza, half of the phenomenal “AlDub” tandem, has helped pack the largest indoor arena in the world, bagged a slew of endorsements and landed several magazine covers. And, in a matter of days, she is set to appear in her first film, which many expect to top the box-office race in the upcoming Metro Manila Film Festival.

But despite the sudden, immense success she’s enjoying at the moment, the idea of being called a “star” is something the 20-year-old celebrity still feels apprehensive about. “I don’t see myself as such, and I don’t want to think about it. I don’t want fame to affect me,” she said at a recent media gathering for Jose Javier Reyes’ “My Bebe Love: #KiligPaMore.”

In fact, she said, she still couldn’t wrap her head around what’s been happening in her life and career.

“It’s surreal! Things have been happening so fast, and I still can’t believe it. It still hasn’t sunk in. I’m very grateful for all the blessings being showered on me,” related Maine, adding that she still gets uneasy when facing   many people.

And what more when it’s a room full of show biz reporters? “Honestly, I’m quite nervous because this is my first time [to hold a press conference]… but, I guess I’ll be fine since Alden is just right here,” she said, eliciting giggles and giddy squeals.

The screen couple looked comfortable with each other during the event, having little exchanges when it was their costars, Vic Sotto and Ai-Ai delas Alas’ turn to field questions. And at one point, they even took a selfie together, while making a heart shape with their hands. 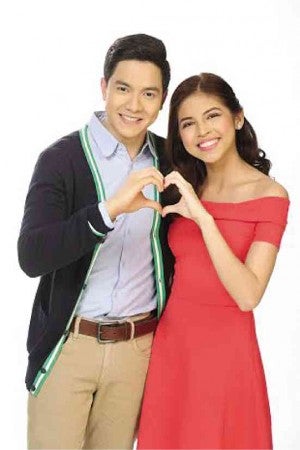 While many of Maine and Alden’s fans are hopeful that the two will eventually fall in love with each other in real life, especially now that they get to communicate in person in the kalyeserye in the noontime program, “Eat Bulaga,” the former Internet-turned-multimedia sensation insisted that they’re still getting to know each other.

“Right now, we’re good friends… Wala ’tong halong show biz!” said Maine, who described Alden as “funny, medyo pabebe and quiet.” “Before meeting him, one of my impressions of him was that he’s a gentleman. And after working with him, I can say that he is.”

Asked if she thinks there’s a chance that she and Alden would end up together, Maine said she doesn’t want to preempt anything. “Let’s just see what happens,” she said to much teasing and hooting from Vic and Ai-Ai.

In the rom-com, Maine plays Anna, the daughter of Vito (Vic) who has a professional rivalry with Cora (Ai-Ai). Anna falls in love with Cora’s nephew, Dondi (Alden). The warring elders try to nip the young ones’ romance in the bud.

“I was very nervous and at the same time excited to be working with Bossing and Alden! It was my first time filming a movie, so Bossing and Alden helped along the way and made me comfortable on set,” said Maine, who apparently impressed the veteran actor.

“She’s a natural. She has a knack for [acting]. It was a tough talking to her during our first shooting day because she was nervous, so much so that she was getting pale. I told her it was natural,” Vic recalled. “But things got better after a couple of takes. She’s not Yaya Dub here, but Maine, the actress.”