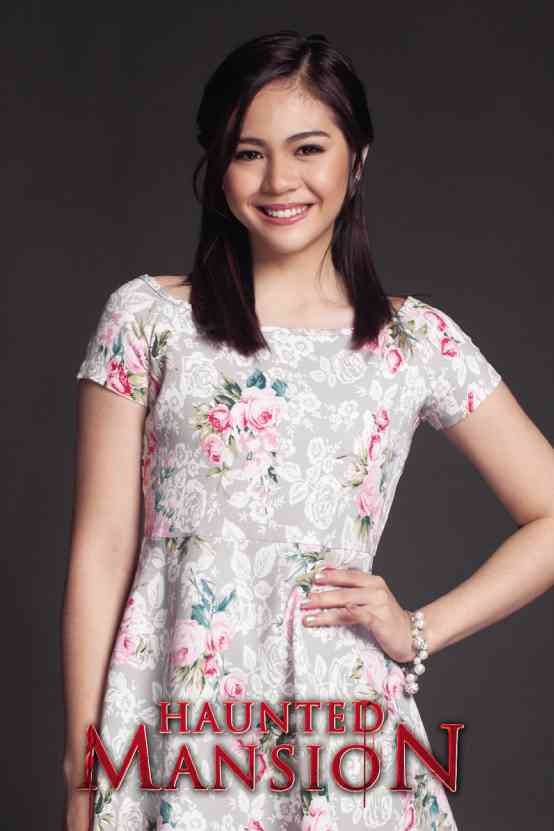 “I feel no hatred toward him. It felt good to finally see him after six years,” said teen star Janella Salvador of her “emotional” reunion with dad, Rage Band frontman Juan Miguel Salvador, in August.

Janella said the meeting had the approval of her mom, singer-actress Jenine Desiderio. “When I started in ‘Be Careful with My Heart,’ I haven’t seen him for six years. Our first meeting since was when my mom and I went to see him at Strumm’s Makati, where he performs every Thursday. We were in the area, so I suggested that we drop by. The plan was not to tell him we were there,” Janella said.

The young actress said she has heard of how great a performer Juan Miguel was, “but I couldn’t relate to what they were saying because I have not seen him onstage yet. I was finally able to watch, and I was overwhelmed! He’s good.”

“He eventually found out I was there. It would be impolite not to greet him. After his performance, he went down, I said, ‘Hi,’ and we just hugged,” she recalled. “The conversation was short. He asked why I hardly sent him text messages. I couldn’t breathe. I cried, but not in front of him. It was very emotional for me!”

Janella said that her visit also surprised her dad. “I don’t think he’s comfortable with me and my mom watching him onstage,” she added. “We don’t communicate. I just greet him on his birthday and on Christmas. Most of the time, I don’t know what to say to him.”

That reunion has yet to have a follow-up, said Janella. “That was it, although I feel that the short visit was able to fix something between us—there’s progress (in our relationship). Also, I got to work with his girlfriend’s son, Patrick Sugui, in ‘Oh My G!’” (Janella is Juan Miguel’s only child.)

Once in a lifetime

Janella, who will be having her debut party on March 30, promised to invite her father. “He has a right to be there, but it all depends if he’s going or not,” she added. “I really have to start planning now. I was thinking hard about whether to just travel or organize a party, but people say that it only happens once in a lifetime. I want it to be intimate.”

ADVERTISEMENT
Read Next
Taking the bad with the good
EDITORS' PICK
Smart Prepaid encourages the youth to take their passions to the next level and ‘Live GIGA’
DOF to PITC: Return P1 billion in interest on ‘idle’ funds
Experience clearer calls nationwide with Smart VoLTE
Año to public, officials: Refrain from holding events
Arthaland’s property management arm utilizes Amazon Web Services to enhance delivery of service
Watershed degradation abetted flooding, says scientists’ group
MOST READ
April Boy Regino passes away at 59
‘What is mine is hers,’ says Matteo on sharing finances with his Popstar Royalty wife
’Blind obedience’: Robredo twits Briones for pleasing only Duterte, not teachers, students
Año: Gov’t to conduct fact-finding on mass gatherings attended by Roque, Pacquiao
Don't miss out on the latest news and information.