2-in-1 treat from Lani and Arnel 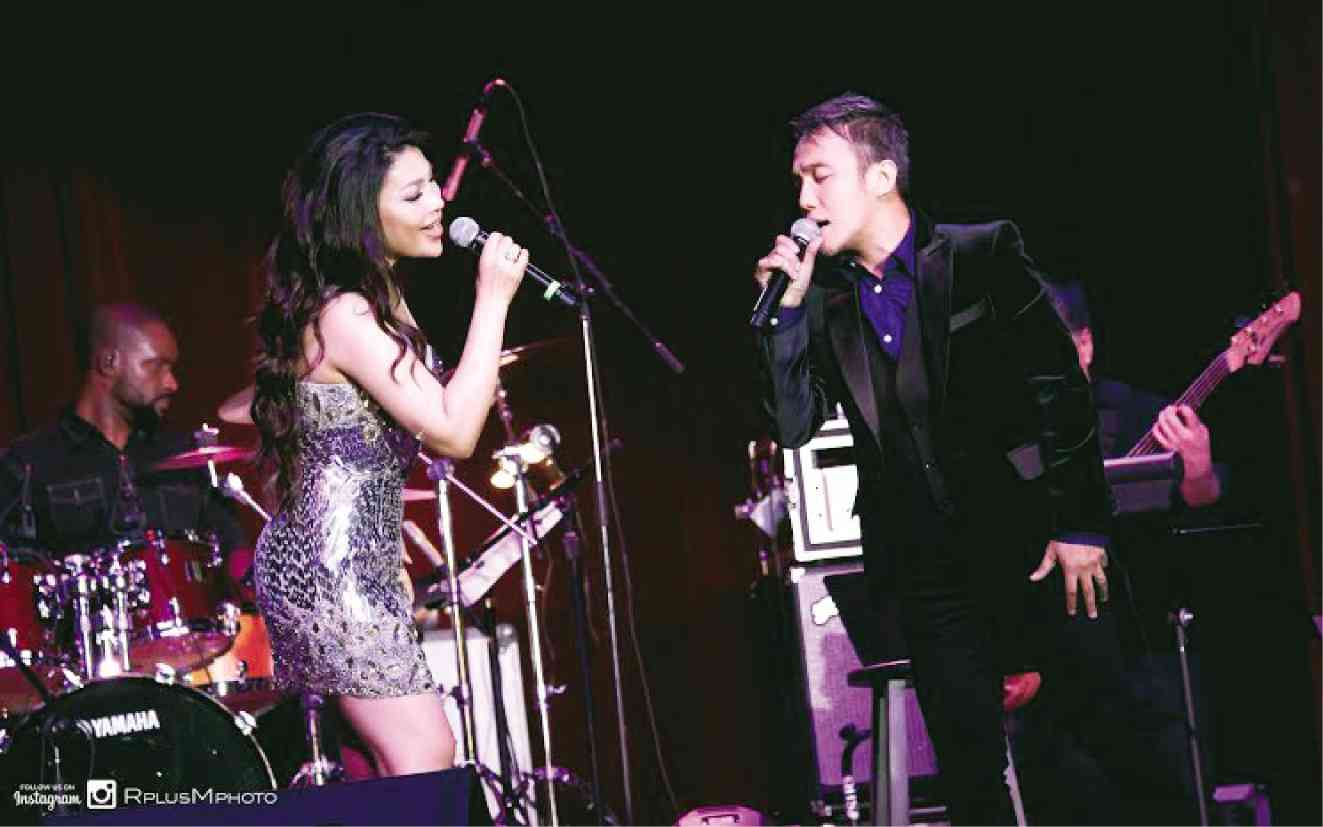 LANI and Arnel’s voices complement each other.

Lani Misalucha and Arnel Pineda are two of the many Filipino artists who have enjoyed success overseas: Lani as a singer on the famed Las Vegas Strip in the United States and Arnel as the vocalist of rock band, Journey. And whenever they’re onstage in some foreign land, they always keep in mind that they’re representing the Philippines.

“We share whatever we achieve with the Filipino people—that’s important to me. I’m not just doing this for myself,” Arnel, who has been Journey’s lead vocalist for the past eight years, said in a recent interview with the Inquirer.

“With all the bad things happening in our country, we sometimes forget that we have an abundance of artists—many of them unheralded—sharing their talents with the rest of the world and making us proud,” the gruff-voiced singer added.

For her part, during her stints in Vegas hotels, it wasn’t uncommon for Lani to bump into giddy Filipino fans heaping praise on her performances.

“But one time, after a show, a group composed mostly of Chinese concertgoers, walked up to me and said that I make them proud as Asians,” recalled the singer dubbed Asia’s Nightingale. “It was heartening to hear!”

Arnel and Lani have gone on several concert tours in the past, the latest one being “The Voice of the Nightingale,” which will have its Manila leg on Dec. 4 and 5 at Solaire’s The Theatre (call 4702222 or 8919999).

“Aside from our solo spots, Arnel and I will perform a duet and a medley. Our fans can expect to hear our hits, a couple of new songs and some dancing, too. And perhaps a Christmas song, since the holidays are just around the corner,” Lani disclosed.

The songstress pointed out that her and Arnel’s voices have a “nice jive.”  “There are voices that don’t complement each other—but ours do,” said Lani, who described Arnel as “exceptionally talented and easy to work with.”

Arnel, who’s currently working on a solo album, credits his onstage rapport with Lani to her versatility: “She can do anything! I’m predominantly a rock singer—but, when she adapts to my style, that’s when magic happens!”