‘Star Wars: The Force Awakens’ gets a PG-13 rating 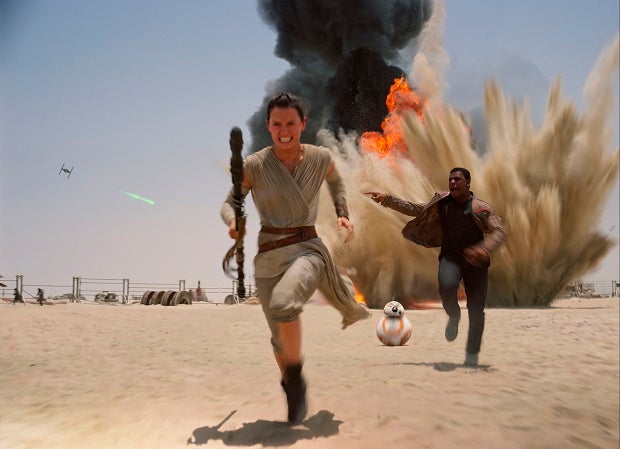 This photo provided by Disney shows Daisey Ridley as Rey, left, and John Boyega as Finn, in a scene from the new film, “Star Wars: The Force Awakens.” The Motion Picture Association of America has rated the movie PG 13, making it entirely suitable for young children. AP

The organization on Tuesday gave the J.J. Abrams-directed film a PG-13 rating because of sci-fi action violence.

The designation tells parents that some scenes might be inappropriate for those younger than 13 but doesn’t restrict attendance. The film comes out Dec. 18.

“Star Wars: Episode III — Revenge of the Sith” also got a PG-13 rating in 2005. The five other films in the series were rated PG, but the first three were released before PG-13 was created in 1984.