Kiddie dance tilt needs to get its act together | Inquirer Entertainment

Kiddie dance tilt needs to get its act together 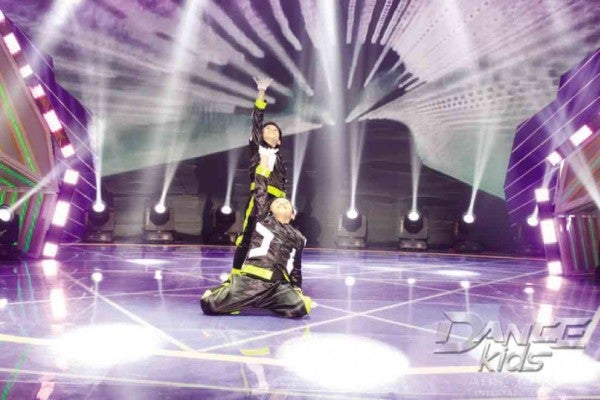 There was a time when dance programs were the rage on TV, with hot-to-trot shows headlined by the luscious likes of Charlene Gonzales and Dayanara Torres scorching the small screen with their witchy, twitchy and wicked moves!

More recently, Marian Rivera tried to host her own weekly dance program, but it failed to catch fire because her terpsichorean performance style was too “beautiful” and laid back.

Given her preferred focus on looking good instead of really breaking into sweat, everyone felt relieved when the new show was terminated before the season ended, because Marian needed to prepare for her “wedding of the year” to Dingdong Dantes.

This season, a new dance program just started telecasting last Nov. 14 on ABS-CBN—it’s a competition titled “Dance Kids,” a tilt for very young dancers. We caught its debut telecast and appreciated its visually eventful staging and packaging, and its brisk progression.

After a while, however, we noted that its “buena mano” contestants weren’t all that exceptional. Granted, they’re kids who are still getting their terpsichorean act together, but we’ve seen better juvenile dancers.

Perhaps the show’s talent scouts and audition masters need to shake a leg and really look for the better and best bets? Have they looked into schools’ performing groups, Ballet Philippines, Ballet Manila, dance schools and academies open to children?

If talent scouts are mainly focused on hip-hop groups and other kwela kid performers, their tricks and antics get to be too similar after a while, so that’s not the way to keep the tilt’s quality up.

Ditto for its versatility, which the premiere telecast tried to highlight by showcasing four varied acts—a hip-hop trio, a ballroom dancing duo, a group of Hawaiian dancers, and a 4-year-young dance divo with the much sought-after angas, sass and “attitude.”

The variety was welcome, but the level of competition wasn’t as high as it should have been—so, better choosing and vetting of contestants is clearly in order.

As for the dance tilt’s judges, they know the stuff they strut, but they’re too easily impressed, delighted and amazed! We understand that they’re being extra kind so they won’t hurt the kids’ feelings—but, how will the surviving contestants improve if they’re made to believe that they’re already so great?

As parents and teachers know, there’s a way to be critical but “constructive,” and kids can take it.

Last Nov. 14, all four acts made it to the next round, so the show really has an “excessive kindness” problem. Are its judges bent on winning a popularity contest? Uh, wrong venue, so please do your job as best you can, and never mind the paawa and pa-charming stuff.