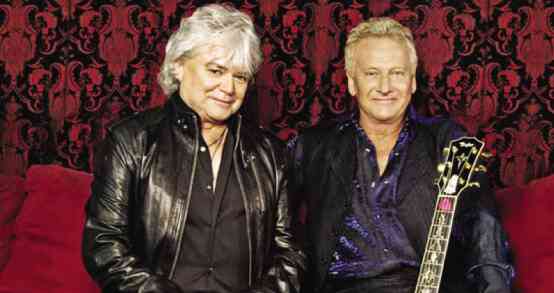 The Company will be the special guest act at Air Supply’s 40th anniversary show on Dec. 7 at The Theatre at Solaire Resort Hotel & Casino. Like the famous Australian soft rock duo, Air Supply, The Company is also celebrating a big milestone this year, its 30th anniversary.

Russell Hitchcock and Graham Russell will be singing songs that made Air Supply famous, like “Lonely is the Night,” “Lost in Love” and “I Can Wait Forever.”

Based on the gripping real-life survival story that captured the world’s attention in 2010, “The 33” dramatizes the miraculous events surrounding the collapse of a gold and copper mine in Chile—and the retrieval and rescue of all of the trapped miners, after 69 agonizing days. The cast includes Antonio Banderas, James Brolin and Juliette Binoche.

Arnold Schwarzenegger’s son and heir, Patrick, is now a certified film star in his own right, with a major role in the new horror comedy, “Scouts Guide To The Zombie Apocalypse.” Patrick was first seen in “Dear Eleanor,” then acted in the post-apocalyptic thriller, “North,” and in the romantic film, “Midnight Sun,” where he shared top billing with Bella Thorne.

Manila Pavilion Hotel will be holding its first Eventologists Night on Nov. 27, during which all of the hotel’s Alcuaz Function Rooms will be showcasing different themes. Log on to www.waterfronthotels.com.ph.