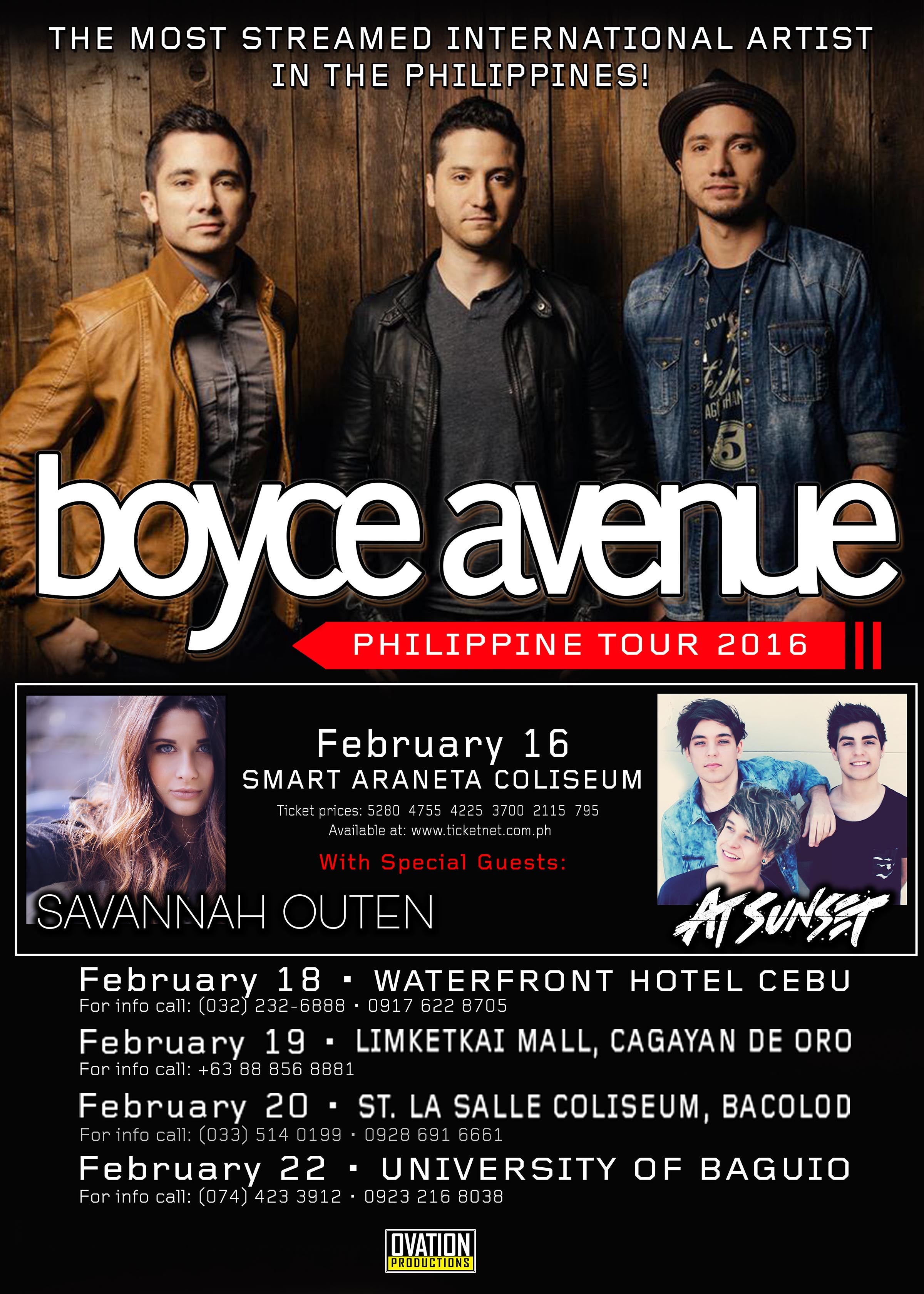 You Tube’s biggest band Boyce Avenue made up of the three Manzano brothers; Alejandro, Daniel, and Fabian, will be going on a Philippine Tour in February 2016 to be mounted by Ovation Productions. The 5-city tour starts in Manila at the Smart Araneta Coliseum on February 16, then at the Waterfront Cebu City Hotel on the 18th, moving to Cagayan de Oro’s Limketkai Mall on the 19th, followed by La Salle Coliseum in Bacolod on the 20th, and finally at the University of Baguio gym on February 22nd. The band gained fame from their self-made career in YouTube and are now the network’s biggest band. Views they get per song is in the tens of millions. Their songs are mostly killer covers of well known hits by Ed Sheeran, Wiz Khalifa, Ellie Goulding, Sam Smith, Coldplay, Pharrell, Bruno Mars, and most of pop music’s current big name stars. Not a few people will argue that they even sound better than the original versions.

Boyce Avenue was recently named as Spotify’s No.1 most streamed international artist in the Philippines. They continue to enjoy a large digital fan base in the country and their 2016 Philippine Tour has long been awaited by their multitudes of Filipino fans. Tickets for the Araneta Coliseum concert on February 16 will be available starting November 19. More Tour details to be announced soon by Ovation Productions. For info, call 2-532-8883.