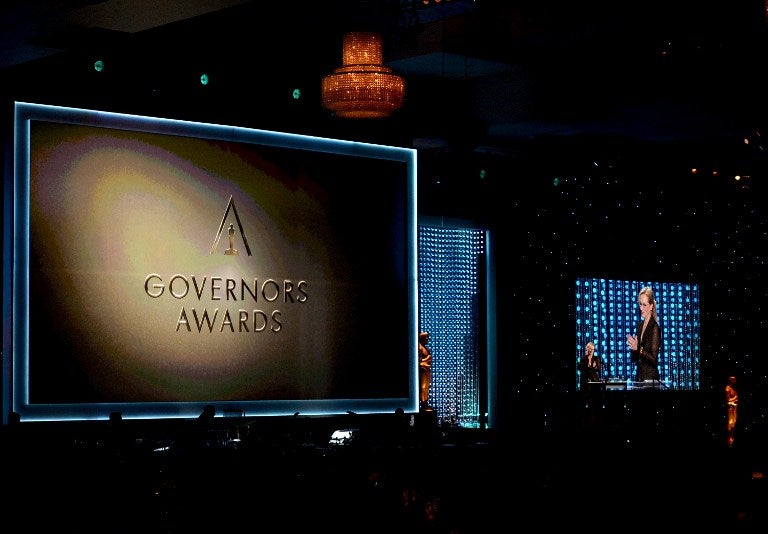 Hollywood stands in solidarity with France, the head of the Academy of Motion Pictures Arts and Sciences said Saturday at a star-studded gala honoring three top figures in the industry.

“All of us here stand in solidarity and support of France and the French people,” Academy president Cheryl Boone Isaacs said at the Governors Awards ceremony in Los Angeles.

“So as we gather here to celebrate our history and some of the people who have made it, we also mourn those who died.

“We send our deepest affection to our brothers and sisters in France.”

Filmmaker Spike Lee, who received an honorary Oscar at the gala for his contribution to film, said he was also moved by Friday’s terror attacks that left at least 129 dead — especially since his daughter is an exchange student in France and had just left the country on the day of the attacks.

“My heart goes out to all the people of Paris,” Lee told AFP. “I’ve always loved France.

“The French have always treated me very well and Vive la France.”

Also awarded an honorary Oscar at the event was actress Gena Rowlands, whose rich film career includes 10 movies she made with her husband John Cassavetes.

Film star Debbie Reynolds, who did not attend the ceremony because she was recovering from surgery, received the Jean Hersholt Humanitarian Award for her work in raising public awareness of mental health issues.

Oscar winning actress Cate Blanchett paid a glowing tribute to Rowlands, 85, saying she had had a profound influence on her acting career and that of many others.

“When I see the work of Gena Rowlands, the intense authenticity, and the immediacy of her acting, it seems to me to be the closest that anyone has ever come to capturing on film that special quality, that presence.”

Rowlands, who received best actress nominations for 1974’s “A Woman Under the Influence” and “Gloria” in 1980, both directed by her late husband, said she was honored to finally receive the golden statuette.

“You know what’s wonderful about being an actress is you don’t live one life, you live many lives and for that you have to thank the writers,” she said to a standing ovation.

Rowland’s son, Nick Cassavettes, who directed her in her last movie “The Notebook” in 2004, said: “First Oscar in the family. All I can say is it’s about damn time.”

Three-time Academy winner Meryl Streep paid tribute to Reynolds’ philanthropic contributions, notably through the Thalians, a charitable organization she founded to raise awareness and provide treatment to those suffering from mental illness.

Streep also spoke of the “astonishing” collection of Hollywood memorabilia the “Singin’ in the Rain” actress had amassed over the years.

Receiving his award, Lee, America’s best-known black filmmaker, whose movies often focus on hot-button issues such as racial tensions, spoke of his struggle to make it in the film industry.

“Our parents told us from an early age that we had to be 10 times better than our white classmates,” said Lee, who earned Oscar nominations for “Do the Right Thing” (1989) and “4 Little Girls” (1997).

He added that while Hollywood was moving to integrate African-Americans, women and other minorities, it still had a long way to go.

“Everybody here probably voted for Obama,” he told the audience of actors, producers and other industry professionals.

“But when I go to offices (in Hollywood) I see no black people,” Lee said.

“It’s easier to be president of the United States than be a black studio head.”