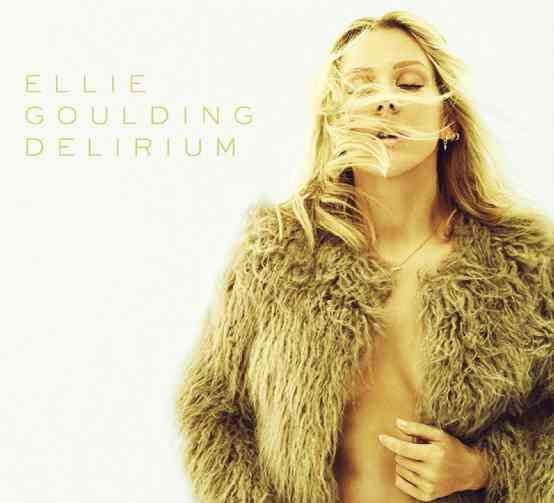 Hot on the heels of the recent smash hits of Ellie Goulding (“Love Me Like You Do”) and Jessie J (“Flashlight,” “Bang Bang”) come pop-music concoctions that are guaranteed to charm the pants off music lovers.

Goulding has been gaining ground with her multilayered, EDM-inflected sound, made more appealing by her emotive, childlike trills. After its initial bow in the “Fifty Shades of Grey” soundtrack, “Love Me Like You Do” once again moves front and center in “Delirium,” the British performer’s third album. (The single became more popular among local televiewers after Zeus Collins and Dawn Chang danced to it in the most recent incarnation of “Pinoy Big Brother.”)

The album’s glossy, bum-grooving hooks are just as potent in “Something In The Way You Move,” the radio-ready “Lost and Found,” the frothy “Around U” and the vibrant “Devotion.”

Thankfully, they aren’t always about romantic love: Take “Army,” a catchy tune that pays tribute to the strong bond she has with the best friend she met in college—at age 16.

The 28-year-old songstress sings her growing frustration over an insouciant prospective lover in “Codes,” and is thrown in disarray by a fleeting romance in “Aftertaste.” And, in “On My Mind,” she wonders about a former squeeze she thought she didn’t love!

Like Goulding, Jessie J also dabbles in electropop, garnished with soul, R&B and a smattering of hip-hop—with stunning results!

The steel-voiced, 27-year-old recording artist has yet to wax the followup to her third album, “Sweet Talker”—but, along with Brenna Walker’s stirring, Randy Crawford-channeling rendition of Kermit the Frog’s “It’s Not Easy Being Green,” Jessie’s “Part of Your World” is the song to beat in the David Foster-produced compilation album, “We Love Disney.”

It features contemporary pop’s most exciting performers putting their own spin—from silly to sublime—on Disney’s iconic theme songs, from the ’50s (“Cinderella”) to 2013’s “Frozen.”

Listening to this predominantly celebratory lineup is instructive, because it judiciously separates the wheat from the chaff—proving that a “new life” can come out of age-old tales when they’re interpreted by exceptional performers who don’t just sing well—they know how to tell a story!

To demonstrate: Ariana Grande (“Zero to Hero”), Tori Kelly (“Colors of the Wind”) and Jessie Ware (“A Dream Is A Wish Your Heart Makes”) acquit themselves well in their assigned numbers—but, while they sing them beautifully, all they manage to do is sound like competent “cover” artists!

Aside from Walker and former child theater actress Jessie, other standouts include Gwen Stefani’s heart-warming “Rainbow Connection,” Ne-Yo’s “Friend Like Me,” Jason Derulo’s “Can You Feel The Love Tonight?,” Fall Out Boy’s “I Wanna Be Like You” and Jhene Aiko’s “In A World Of My Own/Good Advice.”

If you think you can’t listen to “Let It Go” again, you’ll be pleased to know that Lucy Hale and the Rascal Flatts have decided to tweak and “countrify” the overused ditty, along with Kacey Musgraves’ appropriately playful “A Spoonful of Sugar.”

Indeed, some of the tunes in the album tend to be too saccharine to take—but, great singing has a way of “helping the medicine go down”—in the most delightful way!