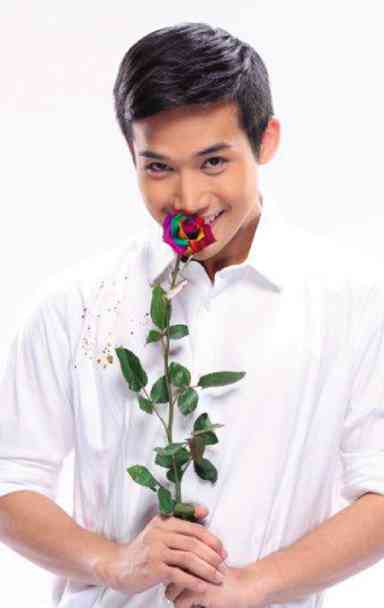 CHAN Not worried about getting typecast

Ken Chan, who plays a young man transitioning into a woman in GMA 7’s “Destiny Rose,” hopes that the ongoing TV series could effectively shed light on the issues transgender people face.

“Society has yet to fully accept them, and I envision the show as an instrument that will help people open their minds about the issue,” the actor told the Inquirer in a recent interview. “I feel thankful and blessed to be part of something with this concept.”

The 22-year-old Kapuso talent related that representatives from the transgender community are usually present on set to guide the staff in portraying his character, Joey, an aspiring writer seeking the support of her loved ones in her plans of fully identifying as a woman.

The plot revolves around the life of Joey—soon to be Destiny Rose—“as a child, lover and her own person,” he added.

“I’ve learned so much from them and I’ve come to respect them even more. The things transgender people have to endure to realize their dreams, because what they go through in life are no joke,” Ken said.

Ken isn’t worried about getting typecast. In fact, he said, he was having fun with it. “Putting makeup on and the works kind of amuses me… I still get surprised at times that I look quite pretty as a woman,” jested Ken, who auditioned for the role.

But more than looking like a fewoman, the challenge, according to him, is acting like one. “It’s hard. My character isn’t the flamboyant type, so I observed actresses whom I consider classy and demure, like Heart Evangelista and Carla Abellana,” he said.

Meanwhile, Ken gets to have not just one onscreen love interest, but two: Fabio Ide, who plays Gabriele, Joey’s Filipino-Italian pen pal; and Jeric Gonzales, who plays Vince, the protagonist’s first love.

“Doing the romantic and kilig scenes with them was awkward at first, but we underwent workshops to sort that out,” he said, adding that they can’t be too daring when showing affection, because their show occupies an afternoon slot.