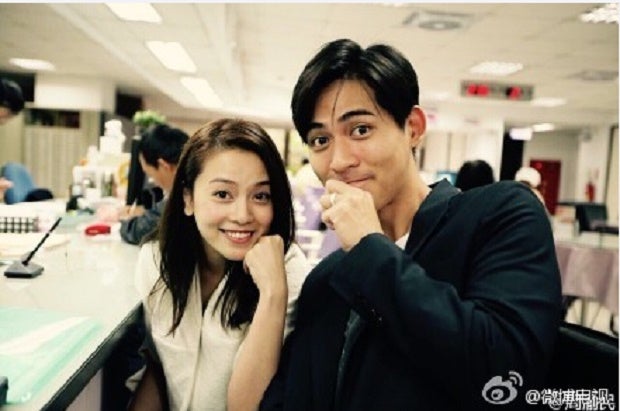 Chou, 34, is just the second member of the television and Mandopop phenomenon F4 to wed. He shared on Weibo two photos of the couple brandishing wedding rings and said: “Mrs Chou is really beautiful. Yes, we got married. We thank friends for their blessings.”

On her birthday last month, she wrote on social media: “Very happy, very happy today!” Chou, whose nickname is Zaizai, is believed to have proposed to her then, said Apple Daily.

Her agent was quoted as saying on Tuesday: “Reen Yu revealed that a while back, while eating at home, Zaizai suddenly asked her to marry him. She happily agreed. It was just that they were free today, so they went to register.”

Chou’s marriage announcement caught his agent off guard, and she called him from Paris to confirm the news, said Apple Daily.

He was quoted as saying of the banquet: “It is all being arranged and planned, it’s up to our parents, I’m unclear about the timing.” Both agents said Yu was not pregnant.

Tuesday was the eve of Nov 11, which is celebrated as Singles’ Day in China as the date, 11/11, looks like bare branches, the Chinese expression for bachelors. The news of Chou’s marriage shook some single fans, who left comments such as: “My god, why not me?”

The couple met on the set of the 2009 crime drama Black & White. He starred as a playboy detective and she played a fast-food waitress his character was indebted to.

Their relationship came to light fully only after photos of him hugging her from behind on his balcony on New Year’s Eve 2012 were published.

He is a known homebody and she is said to have taken good care of him, sending packed lunches and doing his laundry, reported Apple Daily. In 2012, she finally had her first starring role in the idol drama Lady Maid Maid. But she has barely worked since then, saying she has to restore her health.

Chou rose to fame in the insanely popular 2001 idol drama, Meteor Garden, with three others who became known as F4. His former girlfriends include the late actress Hsu Wei-lun and his former Meteor Garden co-star Barbie Hsu. His fellow F4 star Van Ness Wu married in 2013.

Barbie Hsu congratulated Chou on Tuesday. “May they have a son soon! I’m very happy for Zai.”

Another F4 star, Jerry Yan, said through his agent: “I am happy for them.”