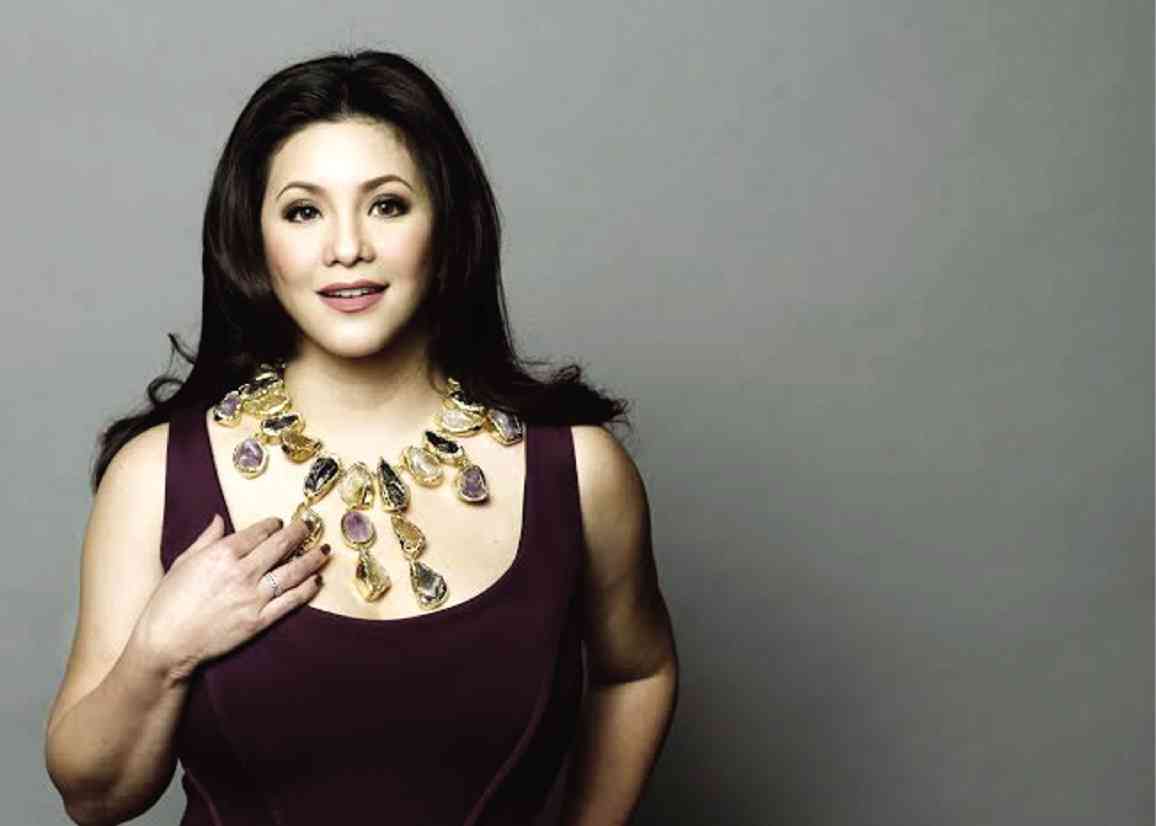 Slowly but surely, Regine Velasquez-Alcasid said, her voice was starting to get back into the shape it was in before the onset of her acid reflux, which had been giving her troubles for the past two years.

But, perhaps more importantly, the singer feels that she’s now regaining much of the confidence she has lost.

“Thank God, my voice is returning to normal. I still have a tough time every so often, but it’s something I just have to manage. I’ve been singing more often these days, too, so my voice gets used to the grind again,” she told reporters at a press conference for her concert series, “Regine at the Theatre.”

Regine’s acid reflux, which worsened after giving birth to her son, Nate, irritates her throat. When she tries to sing through it, her voice sometimes cracks—something that very rarely happens to the singer, who, at the peak of her powers, made hitting stratospheric notes look as easy as breathing.

This frustrates the 45-year-old singer. And frustration inevitably led to self-doubt.

“There are times when you think you’re doing well, but then your voice cracks and you can’t do anything about it. My confidence suffers as a result.”

But belting leaves a vocalist no room to second-guess herself. Eventually, Regine realized that the more guarded she was, the more likely she was to flub a note. So, nowadays, when onstage, Regine simply throws caution to the wind and attacks the song as fiercely as she typically does.

“True enough, things got better when I wasn’t being too conscious. What will be, will be. Never mind if my voice cracks, eh di rocker ako!” she said. “But of course, I always make sure to take care of my instrument.”

She added that she would love to focus on singing for the meantime; acting projects would have to wait: “I want to maximize my voice since it’s better now and is cooperating with me!”

After SRO shows on Nov. 6 and 7, she will have two more concerts at Solaire Resort & Casino’s The Theatre on Nov. 20 and 21. Her repertoire, she revealed, would be composed of songs from foreign and local musicals. “Many songs here, I’ve never done before, so I’m really going to prepare for this one,” she said.

She will be singing popular and less-known pieces from such productions as “Miss Saigon,” “The Phantom of the Opera,” “The Last Five Hours,” “Rama at Sita” and even “Rak of Aegis.”

“Local theater is thriving right now, so we’ve decided to include the newer ones to our set,” she pointed out.

Fans can also expect “Asia’s Songbird” to perform songs from Ryan Cayabyab’s 1995 musical adaptation of “Noli Me Tangere,” in which she played Maria Clara.

“It’s special to me because it paved the way for my acting career. Boss Vic del Rosario [of Viva Entertainment] saw that I could act, and offered the lead role in ‘Wanted: Perfect Mother,’” she recalled. “I’m excited.”