Stellar cast performances led by Richard, Dawn in 'You're My Home' | Inquirer Entertainment

The newest primetime drama of ABS-CBN scores high with stellar performances and a well-written pilot episode.

“You’re My Home,” which premieres Monday night, is a family drama that deals with love, loss, hope and redemption. It tells the story of the Fontanilla family, led by Gabriel (Richard Gomez), the father, Marian (Dawn Zulueta), his wife, and their children Grace, Rahm and Vince (to be played by Jessy Mendiola, Sam Concepcion and Paul Salas).

ABS-CBN held a special screening for the premiere of the show on Monday at its Dolphy Theater in Quezon City.

The series, which is one of the most anticipated projects of the love team of Gomez and Zulueta, also stars Tonton Gutierrez, Jobelle Salvador, Assunta de Rossi, Mimi Aguilar, Mika de la Cruz, Claire Ruiz, and child stars Raikko Mateo, Bugoy Cariño and Belle Mariano, among other actors.

Gabriel, a lawyer who has big ambitions, works hard to provide for his family, to a point where he takes on (and wins) prominent cases and earns the ire of the Vergara family, led by its senator patriarch (Tonton Gutierrez) and his wayward son, Christian Vergara (JC de Vera), who is accused of frustrated murder and kidnapping.

With Gabriel’s rising popularity, the family members soon reap the fruits of his labor as they move to a bigger house. As they assume a more affluent lifestyle, Marian begins to feel the tension in her family, from Gabriel’s long hours at work to Grace’s budding rebellion.

The tension hits its climax after Vince, the youngest child, goes missing. As investigation suggests that he may have been kidnapped, family members begin blaming each other for the loss.

Child actor Cariño is grateful for the opportunity to work in this project. “I’m very happy that I was given this chance to work with the big stars of ABS-CBN, especially Tita Dawn and Tito Richard,” he says. “I’m thankful to be part of You’re My Home.”

De Vera, for his part, enjoys playing his “bad boy” character. “It’s new and it’s different,” he says. “I don’t want to think they will be annoyed with me but that’s part of the character.”

Salas, who plays Vince, the lost child who returns after 12 years, says he likes working with the cast, especially Gomez and Zulueta. “They are fun to work with, especially Chardawn (the Richard-Dawn love team). There’s pressure, of course, but they’re all nice.”

His character plays an important role in the series. “Will Vince be able to go back to his family after being gone for 12 years? Those are the scenes viewers should watch out for,” says Salas.

Director Jerry Lopez Sineneng says the drama, which is about the loss of a child and how the family copes with it, is inspired by a story read by one of the series’ creative managers.

“According to the creative manager, she read a book about a family who had lost their child. The couple eventually went their separate ways” in that story, he says.

The “actual” story of “You’re My Home,” according to Sineneng, “begins when the child returns after 12 years. How do you mend or heal the wounds of the past? Will the family go back to how they used to be upon his return?”

Sineneng describes the emotions the family will go through in the series. “First there’s anger, of course, there will be blaming, until slowly the family disintegrates,” he says.

“The drama will show if it’s possible to reunite the family through their love for each other.”

Working with the cast is a “great, wonderful experience,” according to the director.

“I worked with Richard and Dawn in ‘Walang Hanggan’ in 2012. Since then, they have improved a lot. The chemistry has always been there, and they support each other. If it’s a Richard scene, Dawn gives it, if it’s Dawn’s scene, Richard gives it,” says Sineneng.

“So blessed to be working with this set of actors,” he adds. “The other cast members, (especially) the young ones, they’re all good, they’re all professional, they’re all committed. I feel they all love the project.”

“You’re My Home” airs Mondays to Fridays after “On the Wings of Love.” 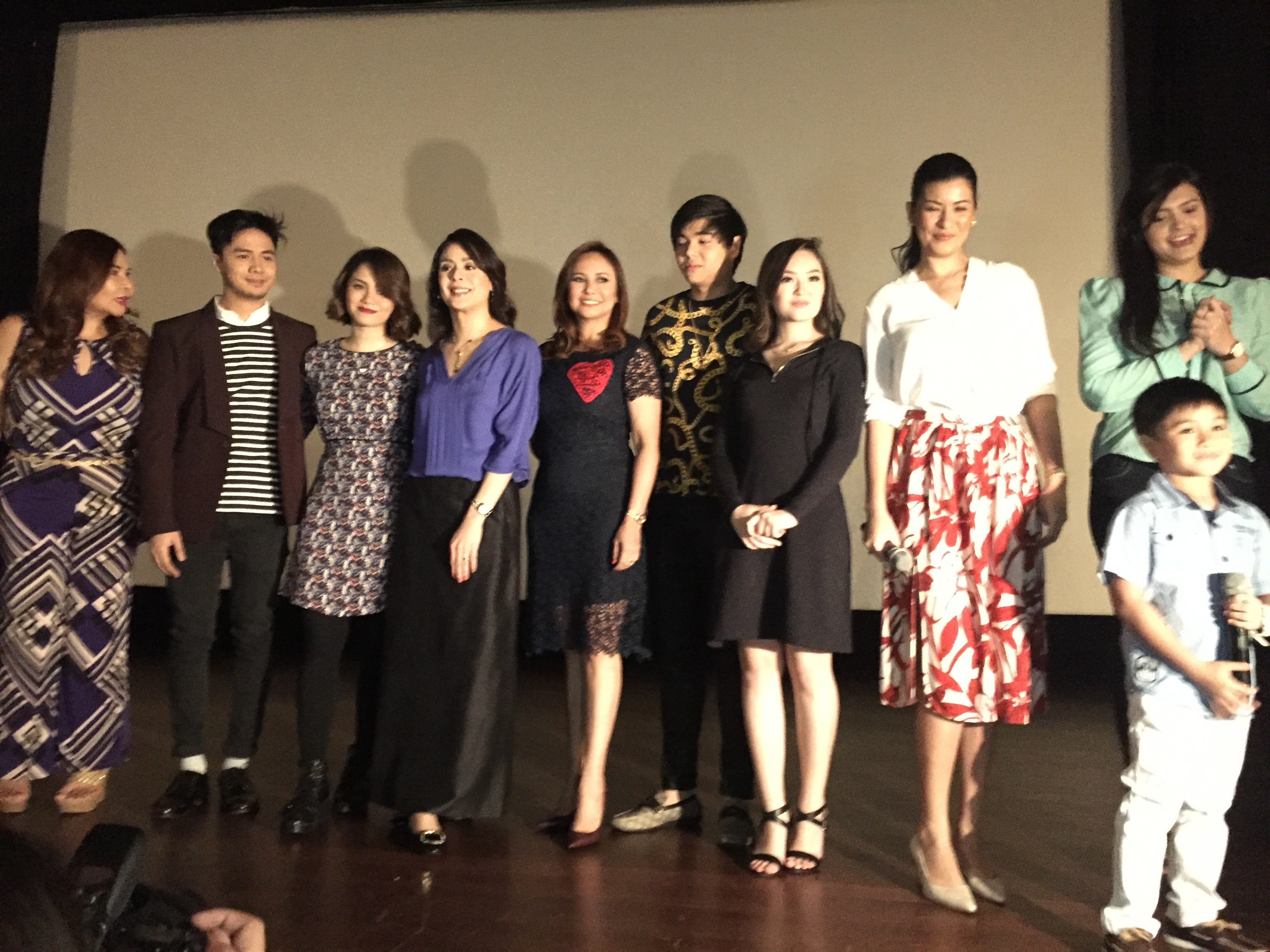