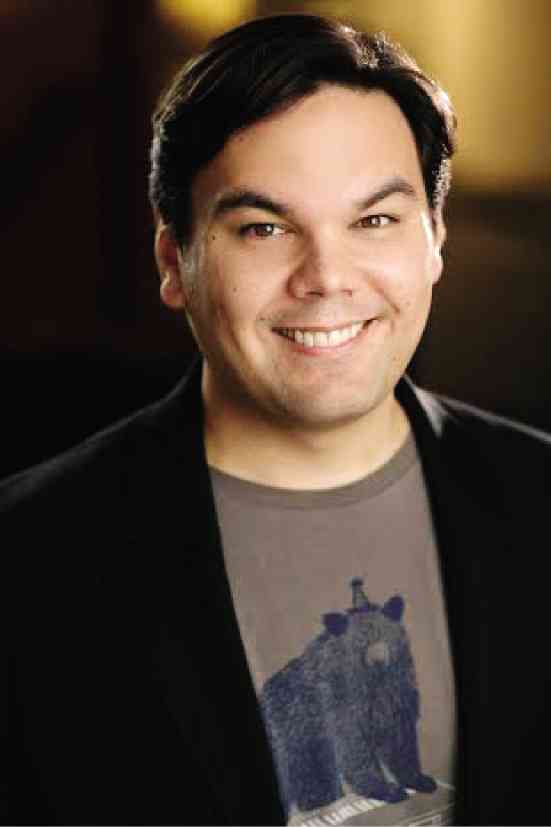 LOS ANGELES—Robert “Bobby” Lopez, a member of the EGOT club—that very exclusive group of talents, each of whom has won an Emmy, a Grammy, an Oscar and a Tony award—recently reflected on the first time he heard Filipino music: “My father’s late cousin, Joseph Segovia, had a career singing and dancing in New York City nightclubs. He saw that I liked playing piano and writing songs.”

The Filipino-American co-composer of “Let It Go,” the Oscar-winning best original song from “Frozen,” continued, “When I was 13 or 14, he invited me over to his house and played some of the songs he used to do in his act. One of them was ‘Dahil sa Iyo.’ I thought that was one of the most beautifully melodic standards I’d ever heard. I remember even sketching some English lyrics to it. I have always been grateful to my cousin Joey for his musical mentorship and for being so kind and giving to me.”

Bobby leads several composers being saluted by the Filipino American Symphony Orchestra (Faso) in “Faso Goes Pops!,” a concert on Nov. 14, 7 p.m., at the landmark Alex Theatre in Glendale, California.

A very honored 10-year-old Fil-Am girl, Sydney Haik, gets to sing “Let It Go” with Faso, under the baton of musical director and conductor (and coincidentally another Fil-Am music talent named Robert) Robert “Bob” Shroder.

Sydney, one of the outstanding Fil-Am singers who passed three auditions to sing with the only Filipino symphony orchestra outside of the Philippines, exclaimed, “Wow! When I learned that the song Faso chose for me to sing was ‘Let It Go,’ I felt so honored! It is such an iconic song—one that will be a Disney standard forever. I was so grateful that Faso trusted me, a 10-year-old, to honor Mr. Bobby Lopez on this special night.”

She admitted, “But I do feel a little pressure because the song has such difficult notes. I want to sing it well so that I can make Bobby Lopez and Kristen Anderson-Lopez proud! And I hope to sing it as well as Idina Menzel who is definitely one of my singing idols!”

What are your earliest memories of hearing Filipino music?

My earliest memories of Filipino music are definitely when I was at family gatherings on my mom’s side. I don’t ever remember not hearing Filipino music at family parties. If there wasn’t Filipino music playing in the background or being sung on karaoke, then it wasn’t a party. I didn’t understand the words but I knew it was Filipino music.

My introduction to Filipino music came at a very young age. As the daughter of voice and piano teacher, opera singer and concert pianist Minda Azarcon, I grew up listening to her sing and perform her favorite kundiman songs such as “Nasaan Ka, Irog,” “Pakiusap,” “Mutya ng Pasig” and “Sa Kabukiran,” among others, during family gatherings, parties, recitals and concerts. I also have very fond memories of my late grandmother singing these beloved songs, a part of our Filipino heritage that will always have a special place in my heart.

I started to fall in love with Filipino music when I was 7 years old and heard it in church during Sunday Masses. I was a saling pusa (accidental participant) in our barrio choir. I grew up listening to the music of George Canseco, Vehnee Saturno and my favorite singer, Basil Valdez.

My parents enlisted me as a guest performer, performing on top of those built-in wooden entablado (stage) during our barrio fiesta and on the Family Day celebration of PCI Bank employees at Meralco Theater in Ortigas.

I rode jeepneys and tricycles when I went to school in my elementary years. Drivers blasted OPM over the radio. I heard the same songs almost every day during my commute. Eventually, I memorized the songs. Sometimes, I was asked to sing them even in those days.

My first exposure to Filipino music came at an early age when my parents taught me how to sing Philippine folk songs like “Bahay Kubo,” “Leron, Leron Sinta” and “Magtanim ay ’Di Biro.” My mother, who started us on the piano, also gave us pieces composed by my father, whose themes were also based on Philippine folk songs.

I was a big fan of Florante and Juan de la Cruz band. Their influence made me form my own bands in high school and in my neighborhood. Eventually, I left the bands and went solo. I was hired by the Prietos as the first folk singer of Shakey’s Makati.

My dad had a lot of LPs or vinyl albums in the 1980s. He played them nonstop every Sunday. I remember he had a lot of records from The Platters, The Cascades to Cherie Gil’s “Boy,” Lilet’s “Kahit Bata Pa” and Manilyn Reynes’ “Sayang na Sayang.” I became a Regine Velasquez fan in the 1990s. 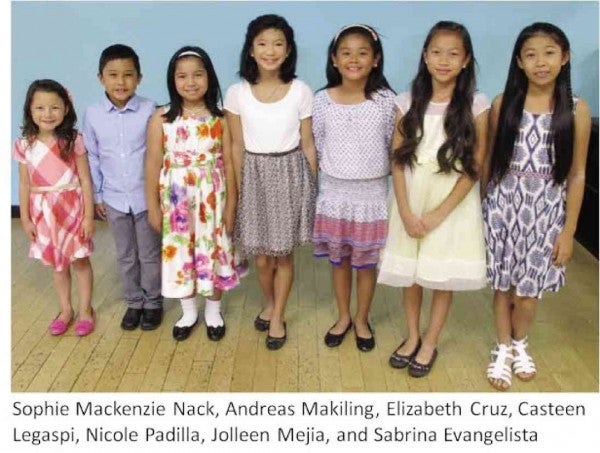 What does having Filipino heritage mean to you?

Being Filipino means many things. It means that I have a very big extended family. When other Filipinos discover that I’m Filipino, I always experience so much love and support like they’ve known me forever and will help in any way possible. It’s like every Filipino wants to help pave the way for me to be better so I really feel them with me on my journey.

Being Filipino also means that [love for] the arts [comes naturally]. I am so grateful for my Filipino heritage because I have no doubt that my artistic and musical abilities come from that side. I don’t think I’ve ever met a Filipino who wasn’t artistic in some way.

Finally, I feel that being Filipino is having the responsibility to take care, be thoughtful and be respectful of the elders and their experience. I need to honor what my elders can teach me to help me become a successful person in life and continue these traditions that make our culture so very special.

Having grown up in the United States, I am fortunate that my Filipino heritage gives me a unique experience. I get to see the world from two vastly different sociocultural perspectives. My aim as an artist is to eventually increase Filipino visibility in the media, specifically on television and in film.

Wherever I go, and no matter how long it’s been since I’ve been back to the Philippines, I carry our culture and traditions with me. They keep me grounded and remind me to always be thankful for what I was given and to share what I can with others.

It means that wherever we are and whatever generation we belong to, our values, ways, culture and traditions reflect the essence of who we are as a nation. Our music conveys the essence of our heritage—the love that Filipinos have for the simple life, family and relationships.

Being of Filipino heritage gives me a strong sense of dignity and self-worth with the knowledge that my inner virtues, love of culture, patriotic fervor, respect for family and decent upbringing are the characteristics that uniquely define me as Filipino.

Following the ancient Greek aphorism “Know thyself,” understanding my Filipino heritage helps me define my identity. To me, Filipino heritage means faith in God, love for family, relatives and friends, deep appreciation for music and the arts and a taste for culinary delights. Being a Filipino also means being resilient, hardworking and smart.

It means having a responsibility. It isn’t enough to say I am Filipino. What’s more important is being able to remind today’s upcoming artists that it’s OK to admire foreign acts but I, along with other OPM pioneers, paved the road they are on. Let’s not forget to continue to make the OPM field stronger, wider and most of all, far-reaching that it extends to other parts of the world. Let’s admire foreign acts but religiously support OPM and continue to evolve its sound.

There are a lot in our heritage that we are known for and identified with. But the one that has the most meaning to me is our resiliency (in our jobs and life issues, in general). We are gifted with the ability to rise above all circumstances, as an individual and as a nation. But through all the stumbles, we are able to stand up with our heads up and tell the whole world that whatever it takes, we are proud

Having Filipino heritage is like having a hidden treasure that you can be proud of anywhere. Its richness will always put us on the map.