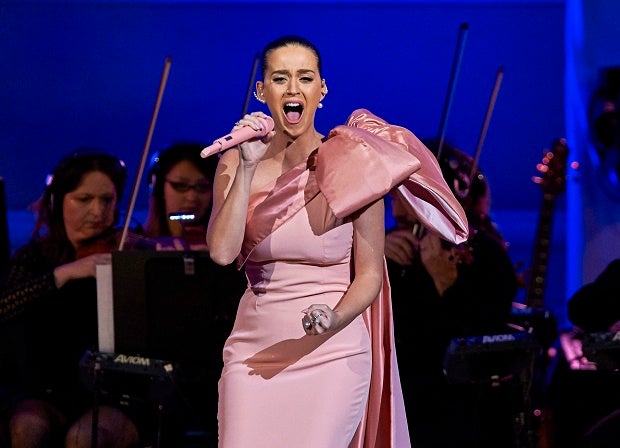 NEW YORK, United States—The “bad blood” between Taylor Swift and Katy Perry may be about to get worse.

Even though Swift has dominated the pop scene of late, Perry has bested her in a new list of top-earning women in music.

Forbes magazine in its annual list said that Perry earned $135 million to be the highest-earning woman in music, well above Swift’s $80 million.

But Perry’s dominance is partly a quirk of the calendar, as Forbes looked at pre-tax income for the year ending on June 1.

Swift enjoyed massive success with her album “1989,” which in October last year scored the biggest US debut in more than a decade, but she did not begin her tour until May, weeks before the end of Forbes’ reporting period.

The wealth magazine said Swift was on track to top the list next year as she was earning some $4 million in each city she performs, about twice the $2 million that Perry grossed on each stop of her year-and-a-half global tour that ended last month in Costa Rica.

Perry and Swift have long hinted at animosity, with Swift’s song “Bad Blood” widely seen as addressed to her pop rival.

Other young pop divas including Lady Gaga and Beyonce made the Forbes list, but the number three rank went to the veteran rock outfit Fleetwood Mac, which features Stevie Nicks. The magazine put Fleetwood Mac’s earnings at $59.5 million.

The band has enjoyed overwhelming interest during an ongoing global tour, which marked the return of fellow singer Christine McVie, who left the band in 1998.

Nuns will get rent for convent in Katy Perry dispute