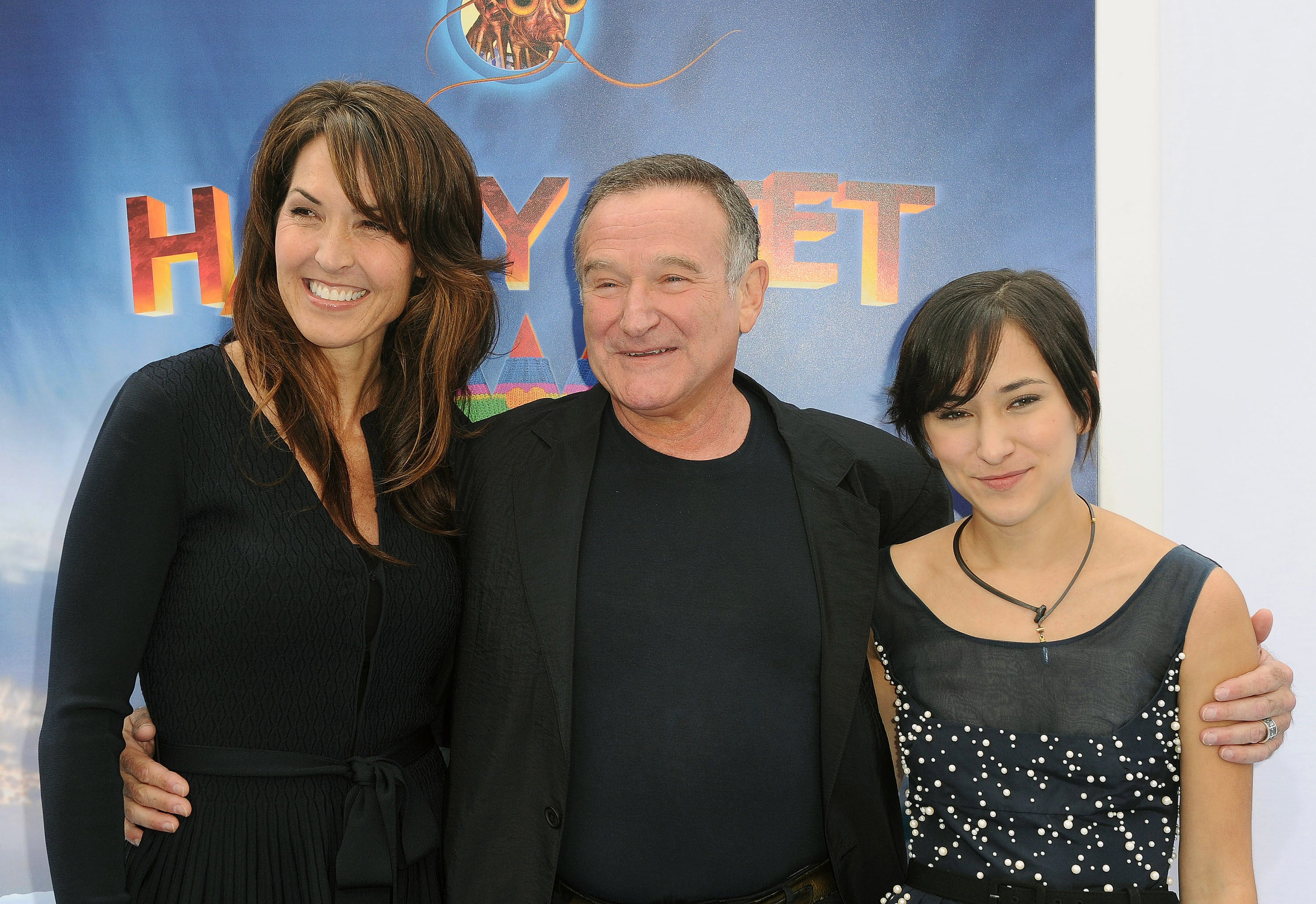 “It was not depression that killed Robin. Depression was one of let’s call it 50 symptoms and it was a small one,” Susan Schneider told People magazine.

Days after Williams’s suicide August 11, 2014 at age 63, his wife said he had been struggling with Parkinson’s disease, depression and anxiety.

It turns out he was suffering from a form of dementia that has Parkinson’s like-symptom as well as visual hallucinations.

The first signs that something was wrong came in November 2013.

“They present themselves like a pinball machine,” Schneider said. “You don’t know exactly what you’re looking at.”

His condition grew worse in the months before his death. Williams suffered anxiety attacks that caused him to become rigid and to misjudge distances.

On one occasion, Schneider found him with his muscles completely seized up and his head bleeding because he had hit a door.

Doctors performed hundreds of tests to try to figure out what was going on, but it wasn’t until the results of Williams’s autopsy came in that it was determined he was suffering from Lewy body dementia.

“We were living a nightmare,” Schneider told ABC News.

She said Williams understood that he was losing his mind.

“He was keeping it together as best as he could, but the last month he could not. It’s like the dam broke,” she said.

US authorities said Williams, who won an Oscar in 1998 for “Good Will Hunting,” died of asphyxiation. His assistant found him with a belt around his neck and cuts on his left wrist.

The night before his tragic demise, Schneider said he was calm. He entered her bedroom a couple of times, once with an iPad in hand.

“I thought, ‘This is good,'” she said. They said good night. It was the last time she saw him alive.