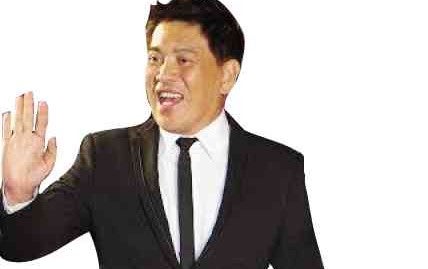 THE DIRECTOR says his collaborators are “very professional, easy to approach and are willing to listen.”
DIN EUGENIO

TOKYO—Filipino filmmaker Brillante Ma. Mendoza said he would never pass up the opportunity to work on an omnibus film with two other directors from Japan and Cambodia because it would mean having another shot at representing the country in the global film industry.

The project, called “Asian Three-Fold Mirror,” is a coproduction of the Japan Foundation Asia Center and the Tokyo International Film Festival (TIFF). “The project will reflect each country’s society and culture in three different angles and presentations,” the TIFF said in a statement.

Aside from Mendoza, Japan’s Isao Yukisada and Cambodia’s Sotho Kulikar will be working on the omnibus film. The world premiere of their completed project will be at the 29th TIFF. It is also expected to tour major film festivals and to be released in Japan in 2016, the TIFF statement stated.

“TIFF organizers went to Manila in 2014 to ask me if I would be amenable to doing it and I said ‘yes’ immediately. I liked that we would be given 100-percent creative freedom on how we would execute the film,” Mendoza told the Inquirer in an interview at the Mori Tower Cinema Lounge in Roppongi Hills here.

“We’ve already met twice—the first was in July,” Mendoza said. The second discussion happened on Oct. 23, a day after the 28th TIFF opening ceremony. They all agreed that the three films would have one unifying thread.

“I can’t divulge the details, except that the films will be about the elderly. There will also be one object that will link all three. Mine will be shown first.”

The TIFF project is not the first multinational omnibus for Mendoza. He did a five-minute film for a project produced by the Hong Kong IFF, and another, a one-minuter, for the Venice IFF.

“However, this is the longest so far at 30 minutes. It’s a privilege to work with Asia’s best artists,” he said.

Mendoza stressed that he would not be competing with the other two directors. “What’s important are the lessons the directors will be able to impart to their audience,” he noted. “They’re both very professional and are willing to listen to my ideas.”

The 28th TIFF organized a retrospective of Mendoza’s works. Among those featured in the festival’s Crosscut Asia section were “Foster Child,” “Lola,” “Serbis,” “Thy Womb” and “Taklub.” TIFF ended on Oct. 31.