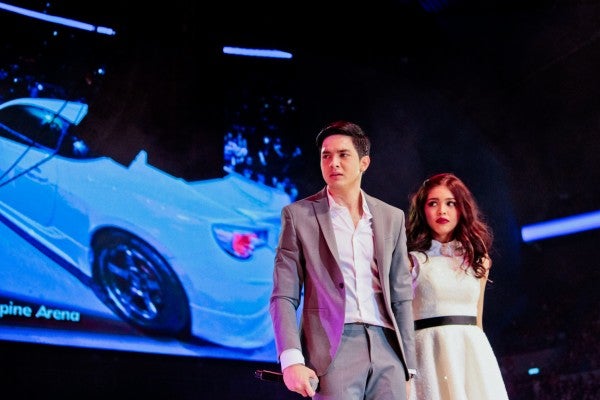 Figures from Twitter Asia Pacific showed that 41 million tweets were posted using the hashtag #ALDubEBTamangPanahon from October 23 to October 25.

The tweet volume of the said hashtag has trumped AlDub’s previous record of 26 million tweets last Sept. 25 and the 35.6 million tweets sent during the Brazil vs Germany World Cup semi-final last July 8, 2014.

AlDub fans went into a tizzy at 2:24 p.m. on October 24 when Alden was singing “God Gave Me You” to Maine and the couple hugged onstage. During that scene, fans were posting 48,000 tweets per minute.

Twitter noted that there were three peaks during the #ALDubEBTamangPanahon conversation.

The most shared tweet which used the said hashtag was posted by Maine, which had 74,000 retweets and was viewed nearly 2.4 million times on Twitter.

In a statement, Twitter’s Vice President of Media, Asia Pacific and Middle East Rishi Jaitly said that they are glad that Twitter and Periscope have become a part of the historic AlDub phenomenon.

“The AlDub phenomenon continues to make history with a new global Twitter record by taking a love story that’s captured the imagination of people all over the world and combining it with the Tamang Panahon charity concert broadcasted live worldwide.”

“We are delighted that Twitter continues to be a way for millions of Filipinos to keep up with the latest updates from news, culture and the world and share the experience with others from across the country,” Jaitly said.

On her part, TAPE Inc. Senior Vice President Jenny Ferre said that Twitter acts like the “Cupid” for the reel-time lovers.

“Twitter has given us a home, a community where we, the team behind the show and the viewers and followers, can interact. This is a real-­time love story: a love affair between Eat Bulaga and our viewers. Twitter is the Cupid. This love gets stronger with every tweet, favorite, and retweet,” Ferre said.