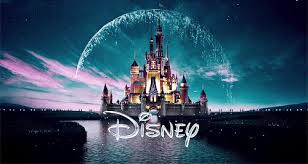 LOS ANGELES, United States—Several leading Hollywood studios including Disney, Paramount and Sony are the target of a class-action lawsuit that accuses them of discriminating against the deaf and hearing impaired.

The suit, filed in Los Angeles Superior Court this week against eight major movie and television studios, alleges that numerous films were being marketed as fully captioned when in fact they lack subtitles for song lyrics.

Among the movies mentioned in the suit are “The Godfather,” “The Avengers,” “Minions” and Netflix’s hit TV series “Orange is the New Black” and “House of Cards.”

“For people who are deaf and hard of hearing to understand a show, captions and subtitles are essential,” said Meredith Sugar, president of the Alexander Graham Bell Association for the Deaf and hard of Hearing (AG Bell), several of whose members are party to the suit.

“If part of the show is not captioned or subtitled, then they cannot follow what is being said and they miss out on enjoying popular culture the same way as other people without hearing loss enjoy.”

John Stanton, another member of AG Bell, said song lyrics are often central to a film and help set the mood, and not having them robs some of a full movie experience.

“Among other things, they can explain the premise of a show, set the tone or mood for the show, provide for comic value, show romance, provide political commentary, set up a pivotal point, or explain surrounding historical events better than ordinary dialogue ever could,” he said.

“There is no excuse for studios not to caption song lyrics.”

The studios mentioned in the suit could not be immediately reached for comment.

The lawsuit is demanding, among other things, that all plaintiffs be awarded unspecified damages and that studios be enjoined to sell or rent DVDs that are fully captioned.