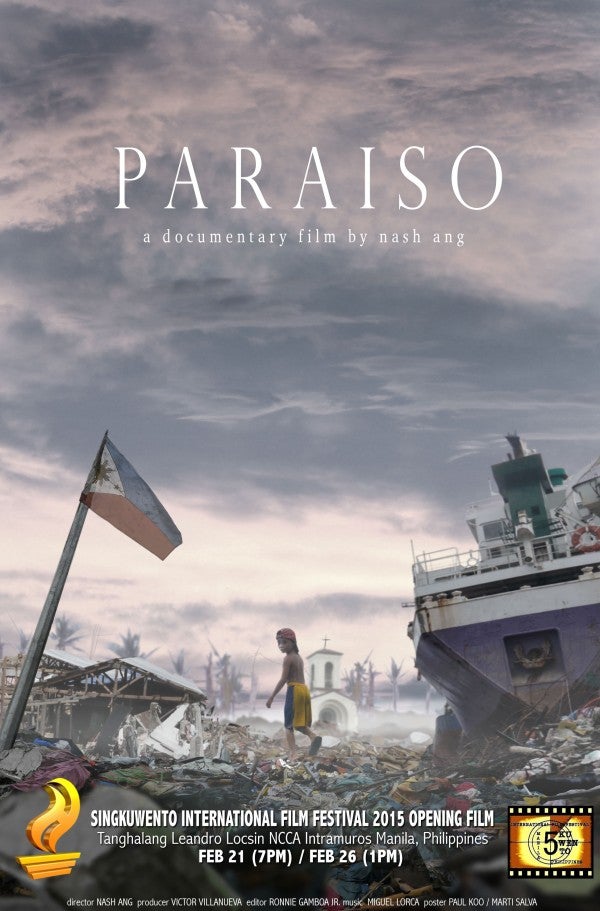 Nash Ang’s “Paraiso” won the Grand Prix at the 21st Cine Eco: International Festival of Environmental Cinema of Serra da Estrela, held in Portugal last Oct. 20. The award came with a cash prize of 2,000 euros (P105,000). Organizers described the documentary as a form of “direct cinema,” which “shows the lives of Filipinos, young and old alike, a month after supertyphoon ‘Yolanda,’ described as one of the strongest typhoons in the world, hit the country in 2013.” Bayani San Diego Jr.