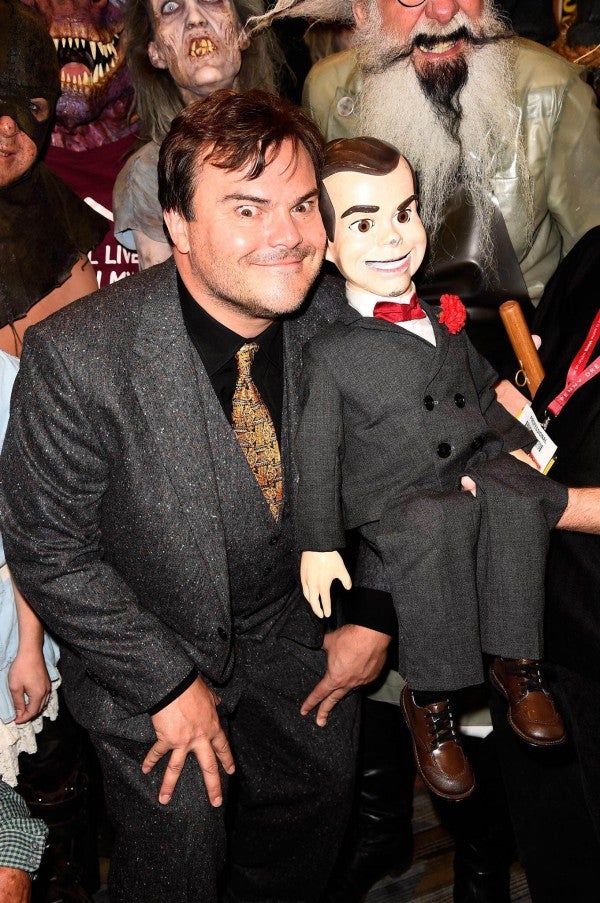 Opposite Jack Black, the filmmakers of Columbia Pictures’ family comedy “Goosebumps” cast so many of author R.L. Stine’s famous monster creations. The film brings the Goosebumps book series to life on the big screen for the first time, starring Black as the famed writer.

Whenever possible, the filmmakers created a practical creature out of make-up and special effects. “Any monsters that we could do practically, we did,” says director Rob Letterman.

“There are a few that are CGI and some that are a hybrid of practical and CGI, but we knew that we wanted to get as much in camera as we could. I didn’t want the monsters to feel like a cartoon, or dumbed-down. I knew it would be great for the actors’ performance to have something real there, on the spot – and it really gives the movie this great feeling, as the magic of the books comes to life.”

Leading the way as the chief villain is Stine’s most lasting creation: Slappy the Dummy. In the film, Slappy is Stine’s alter ego and the mastermind behind the evil plot. The filmmakers reached out to Ironhead Studio to design and create a real, working ventriloquist’s dummy – one that resembles Jack Black in many ways. The dummy was entirely manual – no electronics at all – and puppeted by Avery Lee Jones, who got the job after a nationwide audition. Jones could move Slappy with his hand controls in many different ways: head turning side-to-side or all the way around, mouth control, eyes side-to-side, eyes blink, wide eyed, and eyebrow movement. Overseeing the working of the dummy itself, to make sure that everything remained in working order, was Ironhead Studio’s Jake McKinnon.

Joining Slappy in the film are many of Stine’s other creations: The Ghouls from Attack of the Graveyard Ghouls, Snake Lady from Escape from the Carnival of Horrors, Bog Monster from You Can’t Scare Me!, Egyptian Princess from Return of the Mummy, Cronby the cave troll from Deep in the Jungle of Doom, The Evil Clown from When the Ghost Dog Howls, Vampires from Vampire Breath, The Witch Doctor from Deep in the Jungle of Doom, Madam Doom from Help! We Have Strange Powers!, The Executioner from A Night in Terror Tower, The Pirate from Creep from the Deep, The Creeps from Calling All Creeps, and The Haunted Mask from The Girl with the Haunted Mask.

Also appearing in the film are Scarecrows from The Scarecrow Walks at Midnight, Jack O’Lantern from Attack of the Jack O’Lanterns, The Mummy from Return of the Mummy, The Abominable Snowman of Pasadena, The Werewolf from Werewolf of Fever Swamp, The Gnomes from Revenge of the Gnomes, The Blob from The Blob That Ate Everyone, Toy Robots from Toy-Terror: Batteries Included, Bug-Eyed Aliens from Invasion of the Body Squeezers, Vampire Poodle from Please Don’t Feed the Vampire!, and the Praying Mantis from A Shocker on Shock Street.

Among all of these choices, which is Black’s favorite? “Slappy the Dummy, of course,” he says – noting that the reason is probably because the dummy looks just like him. Besides Slappy? “The bug-eyed aliens, or the bog monster,” he says. “The bog monster is a swamp thing, but from the right angle, it looks just like a butt. Can we call it the butt monster?”