When Ilonggo filmmaker Jay Abello first basked in La Union sun, he instantly fell in love with the place. And after discovering its beautiful and gratifying beaches, sunset and waves, he just kept on coming back.

His love of surfing and affection for everything about Surf Town in San Juan inspired him to create his dream film “Flotsam,” top-billed by Solenn Heusaff and Rocco Nacino.

“I remember the first weekend I went [to La Union], I was there to shoot a documentary on surfing with another group of friends,” Jay shared in an interview with INQUIRER.net. “I always go there. I’ve been there for one year.  That very first week, I wrote three short film scripts. One was making coffee, one was making pizza and the other was waiting for the waves.”

The Flotsam and Jetsam, a quaint artist beach hostel where Jay stays, has become his second home and, inevitably, the most apt setting for his new film.

He joined forces with La Union’s local artists and musicians to bring to life an anthology of eight, different love stories of real people living, coming from or going to Surf Town. 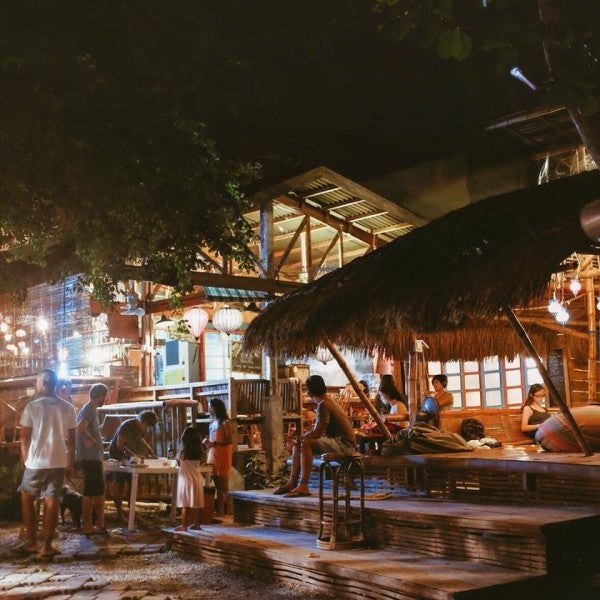 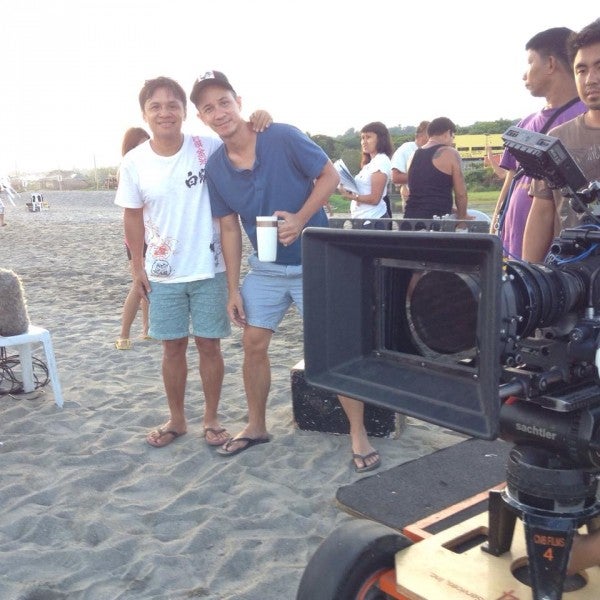 For Jay, “Flotsam” is not a surf film or a film on surfing. It’s about the people and what happens to them, especially when the waves are “flat.”

“The main character is the hostel because everything happens around there. When you’re there, it’s like you are in a different world,” he declared.

“[Surf Town] is not only for surfing. That is something so great to share. Your first impression to surfing is that it’s only for the rich until you get there and say ‘The rock stars of surfing are the locals!’ Whether you are an actor or a director, you are all equal,” he said. 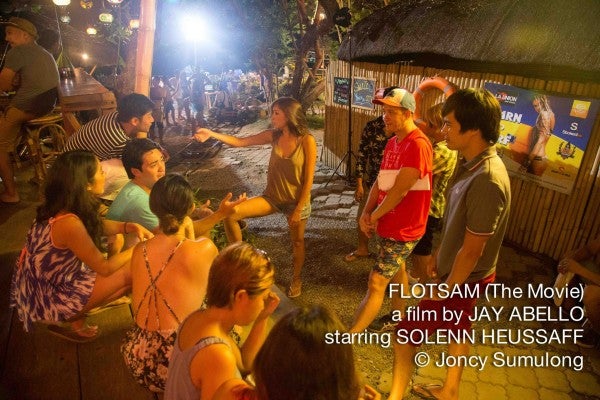 Director Jay Abello talks to the cast members before shooting a scene. 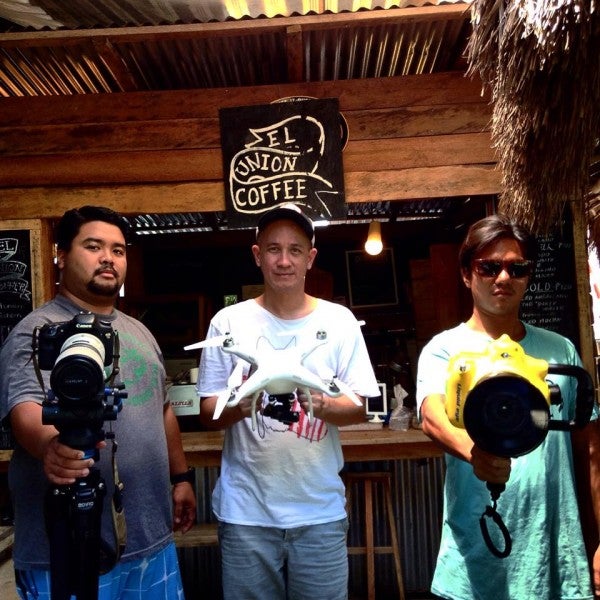 The script and music

Jay wrote the script of “Flotsam” with Mickeygirl Galang, a writer who has lived in San Juan for 10 years and whom the filmmaker trusted to capture the local daily life.

One distinct element of the film, he said, is its language written predominantly in English. “At first, we said ‘Wow! We just wrote our really ‘conyo’ film.”

“It’s not that we don’t care about the audience. But we want to write Flotsam the way we see it. Later on, I developed two characters that I really fell in love with,” he said.

He was referring to “Angelo” and “Marie” (played by Adrian Cabido and Barbara Miguel), two childhood best friends whose innocence and sincere expressions of love are expected to give the story most of its color and cuteness.

“They are the locals and they kind of narrate the whole film,” he said. 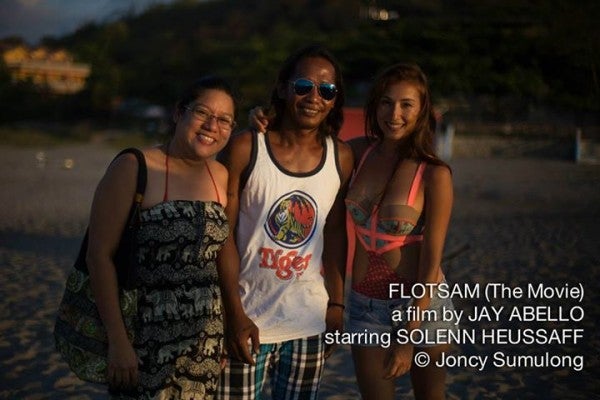 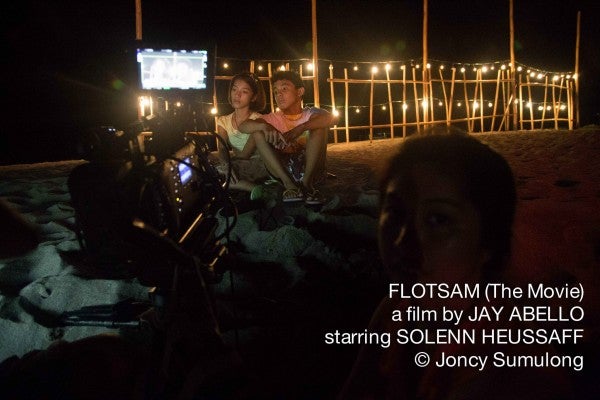 Because “Flotsam” is a romantic film with a lot of music, as Jay said, 10 original songs were written for the story to further elicit funky and sexy vibes.

This is the result of a heartfelt collaboration with local artists and musicians, including the Flotsam and Jetsam hostel founders, Joncy Sumulong and Mia Sebastian, coffee shop owner Kiddo Cosio, Eraserheads’ guitarist Marcus Adoro, Bo Bismark and Wendell Garcia.

The songs are sung live in the film, recorded during actual jamming sessions to truly showcase the musicality of the place. Performances also came from cast members such as Marc Abaya, Solenn Heusaff, Carla Humphries, Franco Daza and Julia Quizumbing.

“It’s a fun movie. It’s light but you’ll find meaning in it. I believe that it will touch you in some way. It will make you laugh, make you cry and inspire you to write your own songs or live your own songs,” Mia said. 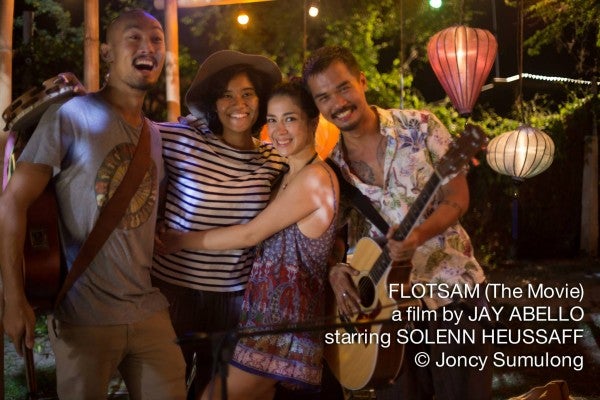 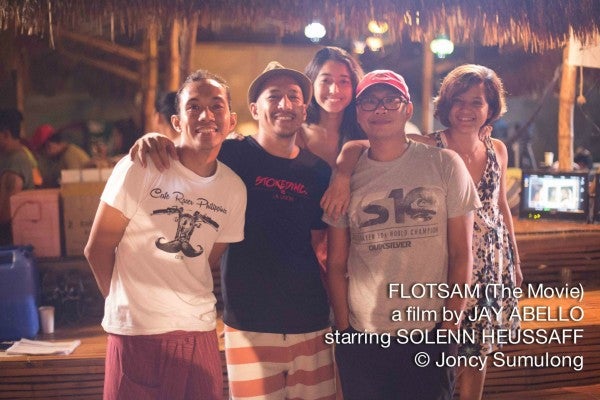 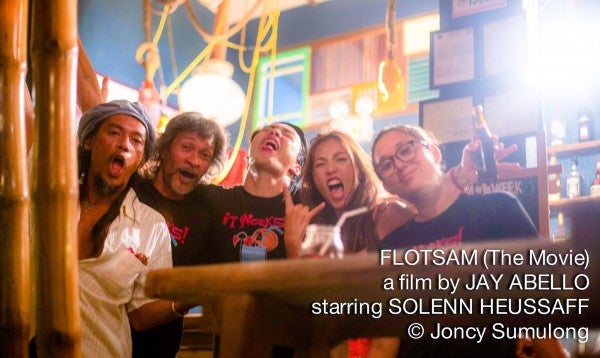 In the movie, Solenn plays Kai, a work-obsessed overachiever who decides to have a retreat from her lonely relationship with fiancé JV (Gerard Sison).  She would meet Tisoy (Rocco Nacino), the hostel bartender, and they engage in a summer fling.

For Solenn, what makes “Flotsam” relatable is the special bond that the characters formed. “Nowadays people are scared to approach other people because we have become so cliquish and clannish as human beings.” 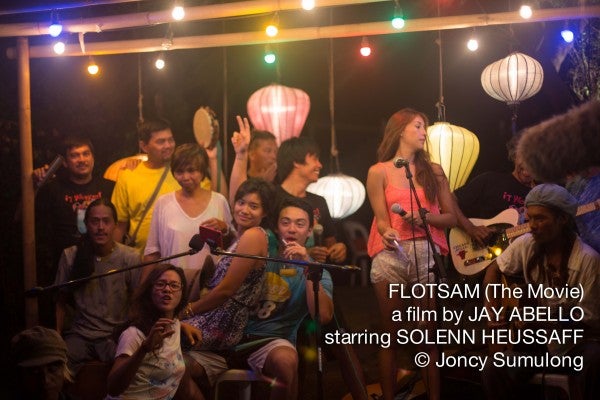 Solenn with the “Flotsam” cast and crew 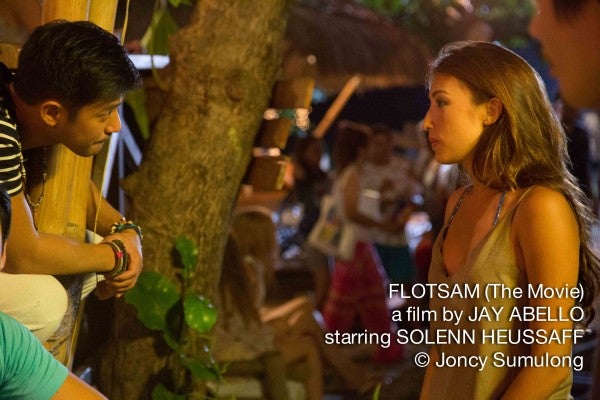 Carla Humphries, whose character was derived from Mia, shares the feeling.

“(Flotsam) is a different movie. The sceneries are beautiful. The surfing lifestyle, you’ll get to know it. It just shows the beauty of bonding over singing, laughter, jumping into the water and girls in bikinis,” she said.

“The movie represents different types of love. Even if there’s hurt and pain, it also shows that pain brings a lot of beauty. And that friendship and living in the moment makes life beautiful,” she added. 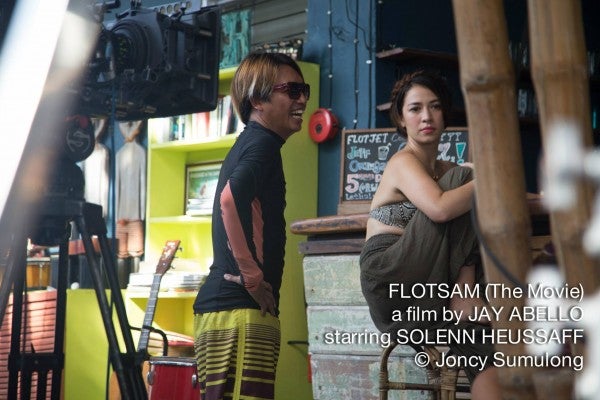 Mia is proud of the creativity, collaboration and closeness their hostel has inspired. She was an urban professional in Manila until she moved to La Union in 2011 and started to embrace a peaceful and fulfilling life.

“Now the story is not anymore our own. It’s the other people making their own stories. I hope to inspire people to think out of the box, to get out of Manila, to find (themselves), to create, to find love and to surf,” she said. 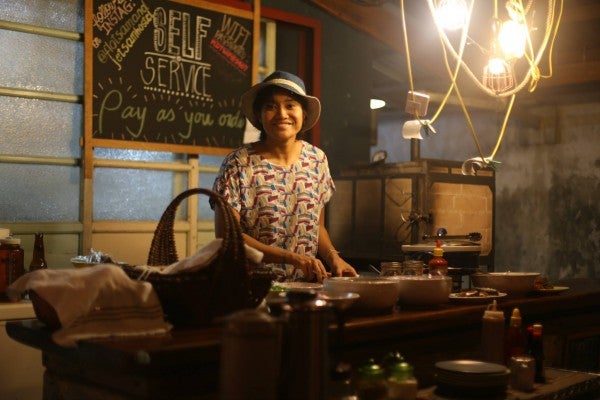 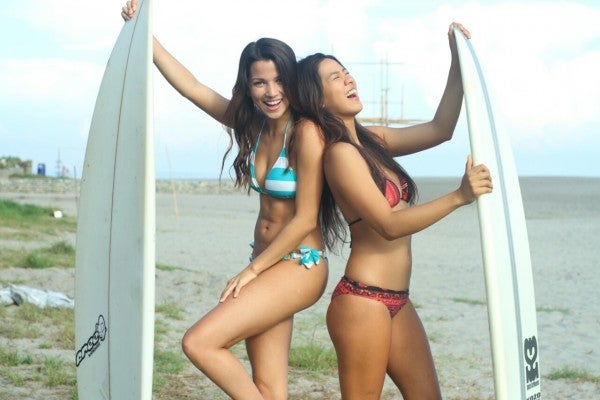 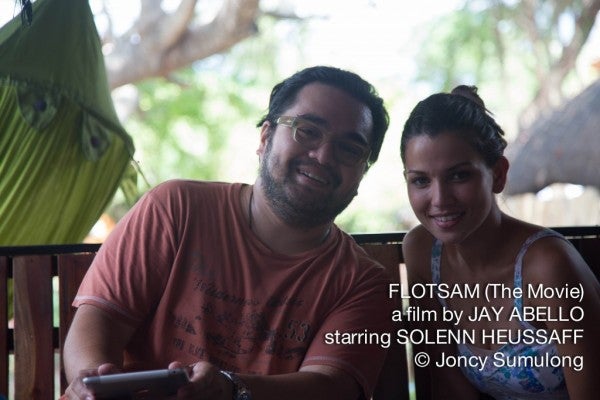