‘Teleseryes’ should go for the jugular 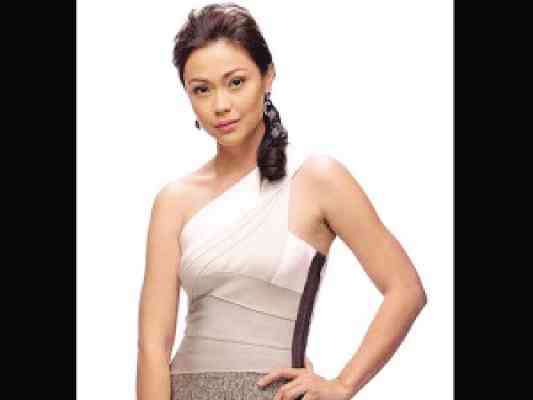 STA. MARIA. Her series is taking too long to peak.

On “Doble Cara,” resident twins, Sarah and Kara, are finally doing what they’ve been threatening to do for many weeks now—they’re feistily and even nastily at each other’s throats to win top position in their real and adoptive parents’ hearts.

The seminal sibling rivalry and revelry has become vicious because Kara is supposed to go back to the States with her better-off folks, but Sarah wants to (secretly) take her place, because she’s been the neglected and dehado daughter all these years.

This latest twist makes for highly combustible melodrama, but it strains lead star Julia Montes’ ability to portray each twin with believable delineation of characters.

Now that the two siblings’ confrontation scenes are increasing in frequency and fury, the actress’ limitations in this regard have become more obvious.

One of her problems is the fact that the twins really aren’t all that different. Unlike Bea Alonzo’s radical shifts in her acclaimed TV drama series, “Sana Bukas Pa Ang Kahapon,” where she convincely alternated between her “plain and mousy” character and her other, “lovely and brilliant lawyer” screen persona, Julia’s Sarah and Kara aren’t all that distinct—hence the occasionally confusing and less than impressively versatile acting job that she’s turning in.

On “Pangako Sa ‘Yo,” the problem is that the central conflict and its vengeful denouement is taking so long to peak and resolve.

From thrill to chill

The audience knows exactly what Amor Powers (Jodi Sta. Maria) is priming to happen, but she’s being too cool and crafty about it, so the show is going from thrill to chill. —Somebody, shake a leg, quick!

Another nagging and needling insufficiency is Angelica Panganiban’s portrayal of Daniel Padilla’s mother. She’s one of the best actresses we have, but she doesn’t act and look her character’s age, so that’s a downer.

Finally, the subplot involving the series’ resident young lovers, played by Daniel and Kathryn Bernardo, keeps getting in the way of the central conflict’s focused progress and resolution.

We know that the young-love subplot is there to “hook” the huge tween and teen viewing sector, but the alternation between main and sub-stories is too jagged and ungainly.

On “Destiny Rose,” the lead character has been beaten half to death, but is expected to recover with the help of a new friend, and eventually come into his own as a transgender.

Fine, but distractions intrude and obtrude, like Fabio Ide’s heavily accented speech, and Katrina Halili’s kneejerk-sexy-nasty performance. Get your acts together, why don’t you?

Finally, on “Eat Bulaga’s” AlDub kalyeserye portion, Yaya has been abruptly sent to the province, making Alden feel so bad. Why the hasty move to “hide” Yaya?

Her lolas suspect that her long-missing and disreputable mother has come back, and they don’t trust her one bit. —Besides, absence does make the heart grow fonder!