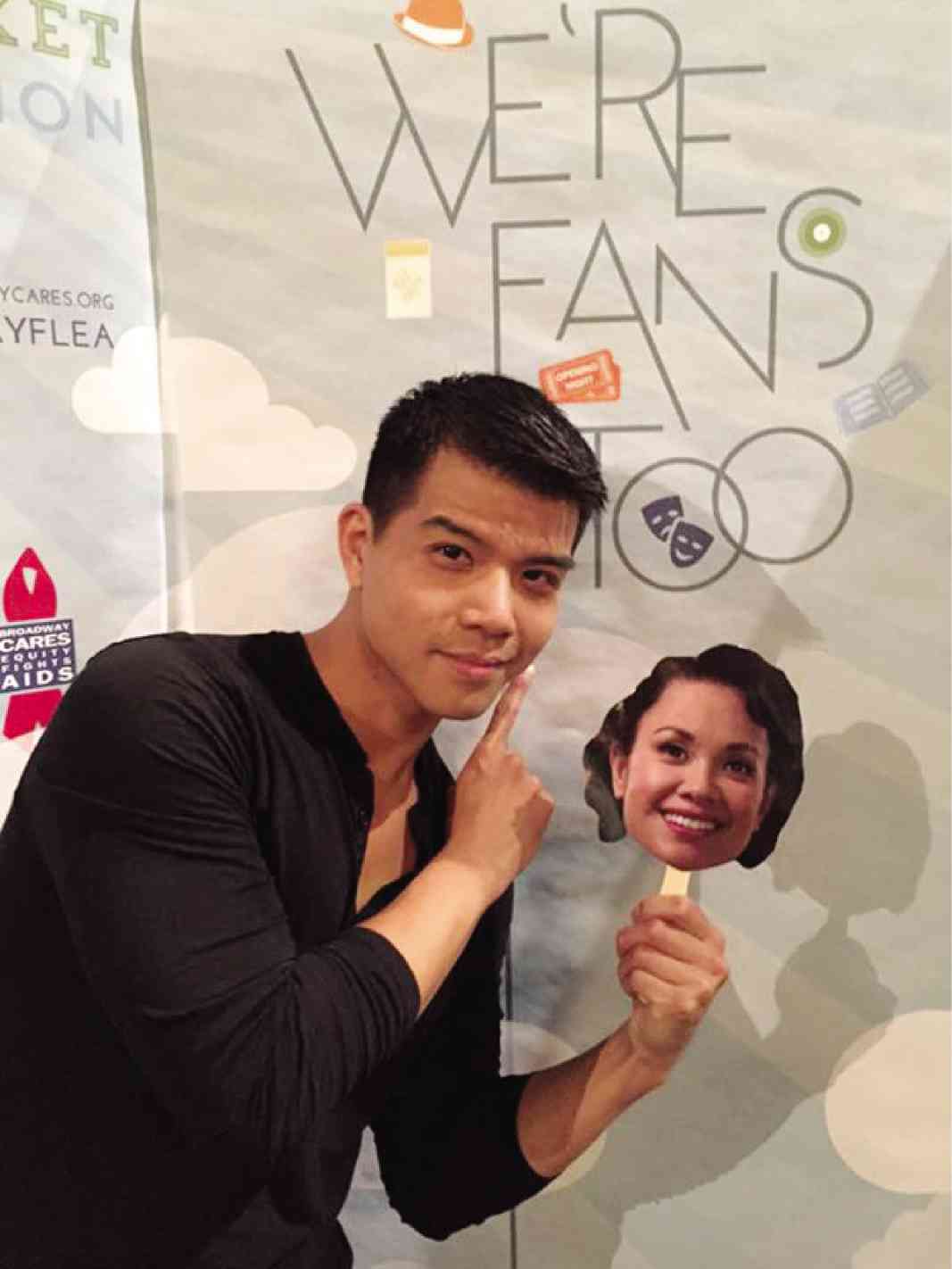 NEW YORK—We have survived our first week of previews! Hurray! And we celebrated our triumph with a few drinks and finger food at the pub next door following our Sunday night show. Members of our cast, orchestra and crew all heaved a huge sigh of relief once our final curtain of the week came down.

Over the last week starting with our first preview, numerous changes have gone into “Allegiance.” The audience on Tuesday saw a very different show compared to that of Sunday. Our creatives have been watching the show daily, going over moments that aren’t working, and replacing them with new lyrics, new staging, new cues, new moments that only serve to make the show stronger.

Some of the changes are minuscule: one word in one lyric (it’s amazing how just one word can transform the color of an entire verse), a change in a costume there (replacing a blazer with a longer coat to better inform the audience of the time of year, for example), or the reinstatement of a cross from stage left to stage right (prompted by a full paragraph within a spoken monologue). However, we’ve had one change that has been very large, involving all departments in the building: music, dialogue, lighting, choreography, costumes and actors.

One actor in particular, Telly Leung, had the hugest, heaviest burden to carry, because many of the lyric changes involved solo lines.

The song is called “Get in the Game.” The setting has been changed (from mess hall to outdoors, immediately following a dust storm), the motivation has been changed, and every actor has what feels like a ream of script and music pages. We started rehearsing music and script on one day, just around the piano to start getting it into our heads. We performed the old version that night. Putting it on its feet would happen the next day, as it would be put into the show that very night.

The cast got into costumes, wigs and microphones. We were all given brand-new props. Everyone rehearsed his or her brand-new lines, choreographer Andrew Palermo added new choreography and integrated it all with the old stuff that was still working, and director Stafford Arima was restaging.

Howell Binkley was redoing the lights, and sound guy Kai Harada was fixing sound, as different people would be speaking in this scene. Alejo Vietti was checking on costumes for everyone (now added are aprons, hair scarves and new shirts) to see how everything looked. All hands were on deck for this major overhaul.

The bulk of the changes landed on Telly’s lap. Old dialogue and lyrics that he had been singing for weeks now needed to be unlearned, and the new stuff had to be memorized and staged. And performed that night. I prayed that he would keep his cool about him, and thankfully he did.

There were a few hiccups in that evening’s performance, but nothing that could be characterized as a train wreck, and thank goodness for this cast of actors who were nothing but supportive.

This is part of the process of creating a brand-new show, a process that all creators of brand-new work are not strangers to. This is also what preview audiences are treated to: a work in progress.

There will be booboos of all kinds: missed cues, new set pieces and props, a missed step, a wrong lyric (I mean, you try rehearsing something in the afternoon and singing something completely different at night… see if that doesn’t confuse you). Look into the eyes of the actors, and you’ll see their wheels turning.

Some will be trying to get new choreography into their bodies, while others (myself included) will have a blank but intense expression as new lyrics or dialogue are run in our heads. It’s never an easy thing, but it’s exciting and thrilling, because we know that with each change that goes in, the piece gets better.

Our second week of previews begins, with a whole slew of new things going in that night. Stafford e-mailed us a laundry list of what we can expect.

Time to keep our minds, hearts and spirits open to whatever will come our way. And once again, we will be ready. Onward and upward we go.