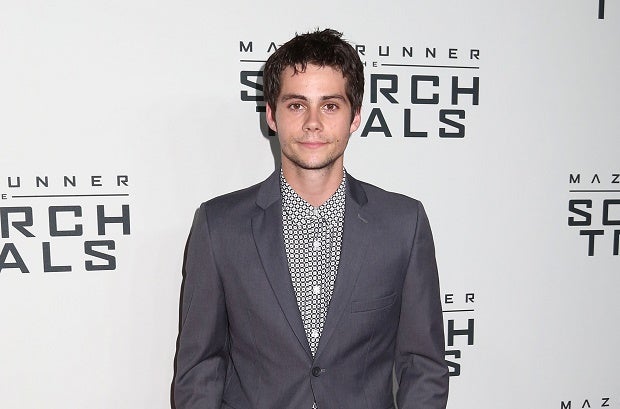 In this Sept. 15, 2015 photo, Dylan O’Brien attends the premiere of “Maze Runner: The Scorch Trials” at the Regal Cinemas E-Walk, in New York. A manager of a New Mexico ranch says 20th Century Fox representatives are trying to determine if actors took American Indian artifacts while filming “Maze Runner: The Scorch Trials.” Actor O’Brien said last month on “Live with Kelly and Michael” that cast members took artifacts from private ranch north of Albuquerque, despite warnings not to take any items like rocks or “skulls.” AP FILE PHOTO

Diamond Tail Ranch manager Roch Hart told The Associated Press that following comments by the film’s star, Dylan O’Brien, the studio is investigating claims the cast took artifacts and will seek to return any stolen items.

“They want to make it right,” Hart said. “Right now, we don’t know if anything was removed, but we are taking the claims very seriously.”

Chris Petrikin, a spokesman for 20th Century Fox, confirmed Tuesday that the studio was looking the matter.

“Twentieth Century Fox and The Scorch Trials production team take these issues very seriously and we are conducting a thorough investigation into the matter,” Petrikin said in a statement. “If any artifacts were mishandled or removed from the location, we will do everything to ensure they are restored.”

During an appearance on “Live with Kelly and Michael” last month, O’Brien said cast members took artifacts from the private ranch north of Albuquerque, despite warnings not to do so.

“They gave us this big speech when we got there to shoot, and they said, ‘Don’t take anything. Respect the grounds’,” O’Brien said. “They were very strict about littering and don’t take any artifacts like rocks, skulls … anything like that. And everyone just takes stuff, you know, obviously.”

O’Brien, 24, didn’t say what was taken, but he said later illnesses were blamed on the artifacts that were removed from the ranch. O’Brien said he also got sick, but it was unclear if he also admitted stealing any items.

A representative for O’Brien did not immediately return an email from the AP.

“If artifacts were taken, we believe they should be returned immediately. Twentieth Century Fox has been extremely cooperative and shares the Film Office’s concern and sensitivity toward the matter,” Maniatis said.

Diamond Tail Ranch, which sits between the Sandia and San Felipe pueblos, is near the historic Hispanic village of Placitas and an abandoned mining community. Jeep tours of the area bring tourists to the mountainous region where artifacts and petroglyphs can be spotted up close.

Hart said the ranch had been open for filming but had imposed strict rules.

“We charge $10 per cigarette butt,” Hart said. “And if cast members were caught stealing anything, they were kicked off the property. We didn’t care if you were in the film or not.”

Hart said 20th Century Fox officials told the ranch they want to find out if items were actually stolen or if O’Brien was embellishing a tale during his “Live with Kelly and Michael” appearance.

Maxine McBrinn, curator of Archaeology for the Museum of Indian Arts & Culture in Santa Fe, said it’s illegal to take American Indian artifacts from public land, but not private land.

“Regardless, it’s disrespectful,” McBrinn said. “When you remove an item, you destroy the archaeological information in the contexts it provides. You have done damage to the information.”

The ‘Maze Runner’ runs on: Wes Ball continues his journey

A scorching sequel: ‘The Maze Runner’s’ follow-up is bigger and scarier