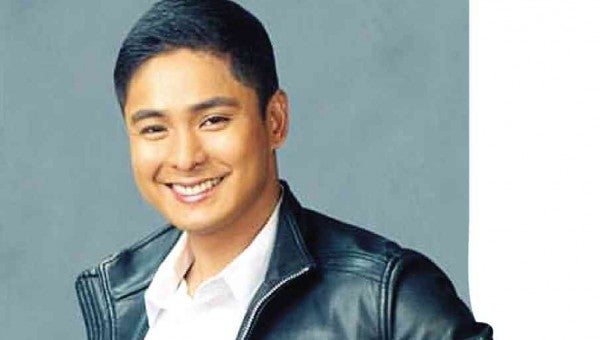 Coco Martin, lead star of “FPJ’s Ang Probinsyano,” said he got so involved with his character that he volunteered to jump into muddy waters for a difficult action scene.

“If you really get into a particular character, you also want to do your own stunts. I didn’t have second thoughts about jumping into the river. I was used to swimming in one while growing up. It actually felt exciting for me,” Coco told reporters during a press conference for the series, which began airing last week on ABS-CBN.

“You can get hurt when you do action scenes. I got into an accident when we shot a sequence in an eatery. I jumped while holding a gun, which hit me on the face. My nose bled,” he recalled. “I just carried on with the scene because I didn’t want to be the cause of delay.”

Coco said he would often collaborate with the production team of most of his projects. For this series, he is working closely with directors Malu Sevilla and Avel Sumpongco. “I’m part of the production team that created the concept. I also helped look for set locations and negotiated for my coactors,” he told the Inquirer. “I made sure to discuss important concepts with my director. I often exchanged ideas with the writers.”

“FPJ’s Ang Probinsyano” is based on the 1997 film of the same title by the late action star Fernando Poe Jr.

It is about a police officer named Ador, who was killed in a drug-bust operation after he was betrayed by a fellow cop (Arjo Atayde). His superiors tap his brother Kardo (also played by Coco), a provincial cop, to assume Ador’s identity and continue his mission of capturing drug syndicate leaders and corrupt cops.

“I would never be able to match what FPJ did. What the directors and I are doing is trying to come up with something new, something that would be applicable to the present time. Tita Susan (Roces, FPJ’s widow, and cast member) told me not to feel pressured. Everyone knows that drama is my forte.”

Coco also said the idea to do a drama-action series was first brought up by ABS-CBN president and CEO Charo Santos-Concio.

“She suggested that we make a show that gives importance to our police force. This is one way we can help them regain the love and respect of the people,” Coco said. “While we were working on the concept, I suggested making a TV adaptation of ‘Ang Probinsyano.’ This was because my grandmother and I loved watching FPJ movies while I was growing up.”

Coco said he hoped to remake more FPJ projects in the coming years.

“I have not met a Filipino actor who didn’t dream of working on an FPJ remake. I consider myself lucky because Tita Susan allowed us to do this.”

Coco said his relationship with Maja is “purely professional.” Maja has just broken up with fellow Kapamilya artist Gerald Anderson. “Maja and I worked well together in our last two projects. We agreed that the things we do onscreen are meant to entertain our supporters. We make sure to separate our personal lives from work. I guess that’s why our fans love us and continue to support our respective projects,” he said.