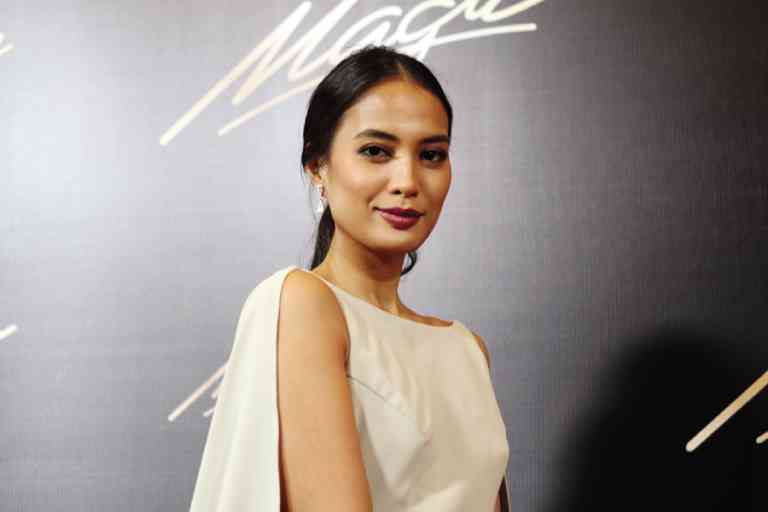 THE ACTRESS says she is challenged by her current projects and believes she still has to prove herself. RICHARD A. REYES

“I knew it! I knew they were the one for each other,” said actress Isabelle Daza, reacting to the news about the engagement of her friend Pauleen Luna to “Eat Bulaga!” cohost Vic Sotto.

Belle and Pauleen became close when the former had a short stint as “Bulaga” host in 2014. She said she was excited for her friend “because I was there at the beginning and was a witness to everything. Pauleen and I don’t see each other often but we’re pretty close. I’m still in touch with her and with most of the hosts of ‘Bulaga’ via Facetime.”

Belle is convinced that “Pauleen is ready for it. I’m going to help her plan her wedding, even though she is not asking for it. In fact, I already told her what her color motif should be,” the actress said during the press conference of “Resureksyon,” a Borgy Torre horror film from Regal Entertainment.

“They are a wonderful couple. She and Vic will have a simple, intimate wedding. I will attend even if she doesn’t invite me,” she said.

In “Resureksyon,” currently in cinemas, Belle plays an overseas Filipino worker who comes home to her family in a coffin. At her wake, she comes back to life as something else.

What is the challenge of playing a vampire?

I wasn’t a vampire at the beginning of the film. The hardest scene to make was when I was saying goodbye to my sister (played by Jasmine Curtis-Smith) and we both had to cry. I had a hard time crying so we had to motivate each other.

It was hard to play a vampire because I had to do a lot of stunts—running and jumping. As a form of research, I watched vampire movies to see their movements. I saw “Twilight,” “Kubot” and “Interview with the Vampire,” starring Brad Pitt and Tom Cruise. I love vampire movies.

What was it like working with Jasmine? With Paulo Avelino?

Jasmine is like a baby sister to me. (Belle is friends with Jasmine’s older sister Anne Curtis). She used to sleep at my house when she was younger. Not many people know that she eats a lot, but never seems to get fat.

It’s nice to hang out with Paulo. I learned so much from him. Paulo can be a good writer-director someday.

How do you describe Borgy as a director?

He is good and I enjoy working with him. Everything in the film was his vision, but he maintained a friendly relationship with the cast. When Paulo, for example, asked if it’s okay to do a certain scene in a different way, Borgy would consider it. He’s super-cool and I love him.

Are you satisfied with your decision to move to ABS-CBN? Weren’t you promised a lead role?

I’m happy. I’m challenged by my projects. I don’t expect my bosses to give me everything right away. I still have to prove myself and my capabilities. I’m happy with ABS-CBN, although I’m still in touch with my “Eat Bulaga” family.

What did your mom (actress and former beauty queen Gloria Diaz) say about your performance in “Nathaniel?”

She always says that I should act and speak with my eyes; and that I’m only as good as my last scene so I have to do my best. What they are going to see is just the final take.